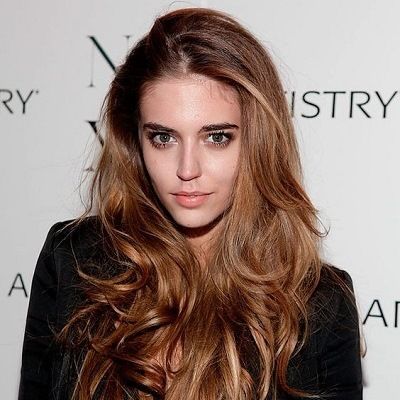 Clara Alonso is in a relationship with David Feito, a Spanish rocker and guitarist in the pop band ‘The Dream of Morpheus’, since 2010.

Who is Clara Alonso?

Clara is a Spanish model. Likely, She rose to fame after her walk-in Victoria’s Secret fashion show in the year 2008.  Also, she has been the face of GUESS and AX Armani Exchange.

Clara Alonso was born on September 21, in the year 1987, in Madrid, Spain and she is currently 31 years old. Her (father’s and mother’s name is unknown). There is no much information about her and her family.

There is no information about her siblings. Clara holds Spanish citizenship, but her ethnicity is unknown. Her birth sign is  Virgo.

Talking about her profession, during 2008, she modeled for the ‘Cruise 2008-09’ collection launched by fashion designer, Diane von Furstenberg, in Florence, Italy. Soon after, she went to New York City in 2009 for the Spring/Summer fashion show.

Likewise, she was selected to shoot a lingerie campaign for a fashion label, GUESS, in Los Angeles by American photographer Yu Tsai. As the new, fresh face of Adolfo Dominguez’s ‘Agua Fresco de Rosas’ fragrance, she appeared in its television commercial. She appeared in the 2009 edition of Larios Calendar.

Then, she was one of the Spanish supermodels who attended the opening of the ‘Marypaz’ flagship store in Madrid, in 2014. Likely, she has walked the ramp for a number of fashion designers, which include Bottega Veneta, Brian Reyes, Luca Luca, Mango, Nanette Lepore, Oscar De La Renta, Prabal Gurung, Diane Von Furstenberg, and Emporio Armani.

Clara Alonso has an estimated net worth of around $2 million and she has earned that sum of money from her professional career.

She posts sexy bikini pictures on her social media handle. Moreover, she has a maximum number of followers on her Instagram and she earns thousands of dollars per Ig post.

There was a rumor about Clara’s pregnancy. Currently, she is far from rumors and controversies.