Clara Amfo is a radio and TV personality. She is renowned as the mid and morning show on BBC Radio 1.  She is possibly single. 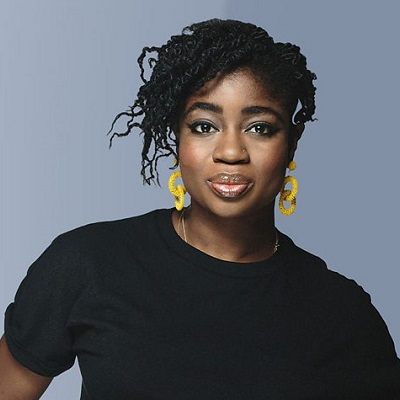 Clara Amfo’s current relationship status is possibly single. As of now, she has not introduced anybody as her boyfriend or lover.

Possibly, she is waiting for the love of her life.

Who is Clara Amfo?

Clara Amfo is a radio and TV personality. She is renowned as the mid and morning show on BBC Radio 1.

Next, she will be appearing in the BBC’s One dancing program, Strictly Come Dancing as a contestant.

Clara Amfo was born on 28th May 1984 in Kington upon Thames, United Kingdom. She is of All-American ethnicity with Ghanaian roots.

Her father, Emmanuel was a microbiologist and pathologist by profession. He originally hailed from Ghana. He died of a heart attack in 2015. Her mother’s name is Grace Amfo. She has a sister and a brother, Andy.

Moving towards academics, she completed her High School education at The Holy Cross School. Before that, she attended the Burntwood School in Wandsworth, South London.

Later, she graduated the St Mary’s University College with Honors in Arts and specialized in professional and creative writing.

Clara Amfo started her career as a marketing intern with KISS FM. At the time, she used to present the night show. After the complexion, she entered the showbiz industry as a presenter on Nickelodeon. For that, she received a Sony Radio Award in the rising star category.

By then, she joined the BBC Talent competition. As a result, in September 2013, she joined the BBC Radio 1Xtra as a host of the weekend breakfast show. The same year, she joined the MTV’s weekly official UK top 40 as the host. Also, she hosted the show, The Official Chart Update. Following that, she appeared in the BBC’s radio show, Innuendo Bingo.

In 2015, she hosted the show, The Offical Chart for BBC Radio 1. The same year, she took over Fearne Cotton’s mid-morning show for BBC Radio 1 when Fearne left the show for her pregnancy. For the show, she used to run the Live Lounge segments.

In July 2016, she narrated the British reality game show, Coach Trip for the channel, E4. Following that, she started presenting the Awards function such as the BRIT Awards, The Year in Music 2017, Top of the Pops, and so on.

Also, she hosted the British premiere of the movies like Red Riding Hood, Baby Driver, Tombe Raider, and Black Panther in Hammersmith Apollo. In June 2020, she made an emotional speech regarding George Floyd’s death and racism in her mid-morning show. For that, she was widely praised.

On September 2, 2020, it was made public that she will be competing in the dancing reality show, Strictly Come Dancing. The show will be launched on 17th October 2020.

Besides presenting the radio shows, she has presented TV programs like The One Show, Top of the Pops, and Love Island: Aftersun.

Clara Amfo has black eyes with black curly hair. She stands at a height of 5 feet 3 inches and has a decent weight.

However, she has been in the headlines when she quit the L’Oreal campaign to support Munroe Bergdorf.