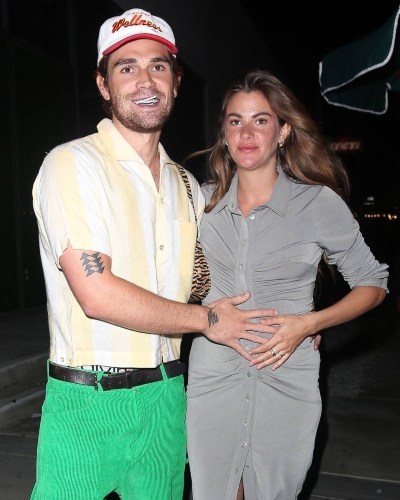 KJ Apa and Clara Berry spark marriage speculation! Apa called Berry his wife on an Instagram post where he was pouring her breast milk into his coffee. He captioned the video post,

“My wife is a milk machine and I love it,”

But the couple has not given any hints on their marriage nor uploaded any wedding photos. Fans are confused why KJ called his girlfriend his wife but are not complaining about it. The couple welcomed their baby boy named Sasha Vai Keneti Apa on 23rd September 2021. They announced the pregnancy news in May.

KJ Apa is a Kiwi TV and a film actor. Multi-talented KJ also plays guitar. He came to recognition in the entertainment industry after featuring in soap opera in New Zealand named Shortland Street.

Presently, he is famous for starring in the American teenage drama series Riverdale. Additionally, he is also known for starring in 2017 in the comedy-drama film A Dog’s Purpose. He portrayed the character of Ethan Montgomery in the film. Read more bio…