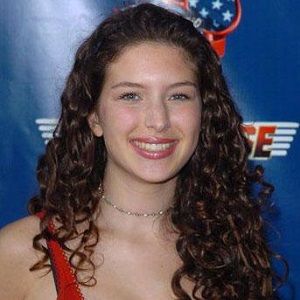 As Clara Bryant retired from her acting career in 2008, she has been away from the media since then. So, she is not active on social media as well due to which there hardly any information about her love life.

Likewise, there is no information about her marriage or relationships. As of now, she is considered single.

Who is Clara Bryant?

Clara Bryant is an American actress and lawyer. She is known for her roles as Amy in Under Wraps and Tru Walker in Tru Confessions.

Similarly, she is known for playing young Wadi Chandra in the Star Trek: Deep Space Nine episode Move Along Home.

She was born on 7th February 1985 in Glendale, California, the U.S. Her birth name is Clara Elise Bryant. There is no information about her parents and siblings.

Similarly, her nationality is American whereas there is no information about her ethnicity.

Talking about the education of Clara, she is an alumna of the University of Georgia School of Law. Similarly, she joined the law school in 2008 after retiring from the acting career.

Likewise, she graduated from Columbia University.

She started her acting career from the year 1991. As she guest-starred in the TV series Gabriel’s Fire as Rachel Goldstein. Similarly, another show where she guest-starred includes Roseanne, Star Trek: Deep Space Nine. Buffy the Vampire Slayer, Fastlane, and many more.

Likewise, she starred on Billy Tv series playing the role of Annie MacGregor. She was in films as well. Her films are Once in a Lifetime, Leslie’s Folly, Under Wraps, Tru Confession, and many others.

In the year 2008, she retired from acting career. Later, she worked at Head, Thomas, Webb, and Willis Attorneys at Law. But she quit her job and now works at The Sperling Law Group, P.C.

She won the Young Artist Award in the year 2003 as Best Performance in a Movie, Miniseries, or Special, Leading Young Actress for Tru Confessions.

Likewise, Clara was nominated for the Young Artist Award in the year 1998 and 2001.

The estimated net worth of Clara is around $8 million dollars, as per the sources. She also earns a huge amount of money from her career as a lawyer.

However, she has not revealed her salary and income.

Clara likes to keep her life private. She has retired from her acting career so she has not been a part of any rumors and controversy.

Talking about her body measurements, Clara Bryant has a height of 5 feet 5 inches but her weight is unknown. Similarly, she has hazel color eyes and dark brown hair color.

You may also like to read Cynthia Daniel, Mary-Kate Olsen, and Jesse Draper.