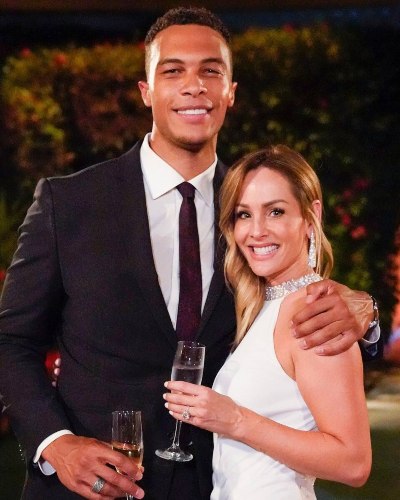 Clare Crawley and Dale Moss‘ engagement is back on! They fell in love with each other during the first two weeks of filming The Bachelorette in fall 2020. They had called off their engagement in January just two months after the proposal aired on TV. Just a month later, they were spotted together and have been going strong since then. A source revealed,

“They’re still working on some issues they have to overcome but it’s not like they make it known. They’re more private when it comes to their issues. The good thing is that they’re happy together and enjoying this time as an engaged couple. They love each other very much and care for each other.”

So fans will have to wait for long to find out if there is any wedding. As of now they are taking time and enjoying each other’s company as an engaged couple. At present, Clare and Dale are in a better place than they were before. They have been spending a lot of time together in New York City.

Their plan for the summer is to travel. Dale announced that they are reunited back in April in an episode of the Hollywood Raw podcast.

Clare Crawley is a reality TV star and the runner-up of season 18 of The Bachelor. Clare has also participated in the spin-offs of Bachelor in Paradise and The Bachelor Winter Games.

Who is Johanna Leia? All about her relationship with Drake and insight in her life
Tags : The Bachelor TV Star