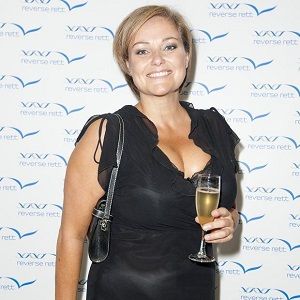 The 50-year-old news presenter, Clare Tomlinson is a married woman. She tied the knot with Charles Windsor. However, there is not any fic news relating to her marriage date as well as children.

Furthermore, she has never been spotted with her husband in the public and media.

Besides this, she was also linked up with footballer Bryan Robson. It came as a big news when the news came up that they are dating. Although, she didn’t speak anything regarding the news.

Currently, she is married and living elegantly.

Who is Clare Tomlinson?

Previously, she also worked for the Football Association as a media officer as well as the head of the communications department at Arsenal Football Club.

Clare was born on 6 September 1968, in Grantham, Lincolnshire. There is not any information regarding her childhood family background. Talking about her nationality, she is British and her ethnicity is unknown.

Moving towards her education, she completed her graduation from Kesteven and Grantham Girls’ School.

Clare began her career as the receptionist for Max Clifford & Associates. Back in early 1990’s, she served as a media officer at the Football Association.

Soon after that, she began to work as the head of the communications department at Arsenal Football Club. During her time at Arsenal, she assisted Arsène Wenger deal with the media.

Being a famous anchorwoman, she earns a healthy amount of money from her profession. However, her salary and net worth are unknown.

As of now, Clare has not won any awards in her career.

Once, she got huge criticism when she mispronounces the Gaelic football clash between Dublin and Mayo the All-Ireland Senior Football Championship.

At that time, she dubbed it the “All-England Final”. Later, she took Twitter to apologize,

“Am so mortified. In 18 years of live TV, it’s up there with my worst moments.”

Moving towards her body measurements, she has a pair of gorgeous blue eyes and dirty blonde hair.

Clare Tomlinson, the Sky Sports presenter makes the biggest blunder of her 18-year career! Know more about the ‘mortified’ lady.