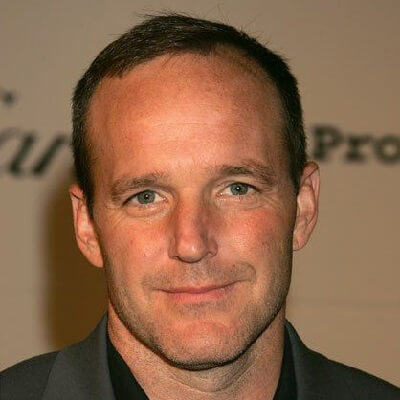 Clark Gregg is currently single. He was previously married to Jennifer Grey. Grey is an American actress known for her works in Ferris Bueller’s Day Off and Dirty Dancing.

The couple exchanged wedding vows on July 21, 2001. From their marriage, they have a daughter named Stella born on December 3, 2001.

Just a month before what would have been the couple’s 19th wedding anniversary, they jointly made the decision to get divorced. In January 2020, they got officially divorced.

Who is Clark Gregg?

Clark Gregg is an American actor and director. He is best known for his portrayal of Agent Phil Coulson in the Marvel Cinematic Universe movies Iron Man, Iron Man 2, Thor, The Avengers, and Captain Marvel. Some of his other movies include Choke, Trust Me, What Lies Beneath, etc.

His father worked as an Episcopal priest and Stanford University professor. By the age of 17, he had lived in seven different cities as his family moved frequently. He spent his childhood days in Boston and his ethnicity is Ashkenazi Jewish.

Gregg is a well-educated man. After completing his high school education, he went to Ohio Wesleyan University before dropping out and moving to Manhattan.

However, he did not give up studies as he joined New York University’s Tisch School of the Arts. In 1986, he graduated with a degree in drama and English.

Clark Gregg made his acting debut with a minor role in the movie ‘Things Change’ (1988). After making another couple of minor roles in movies, he featured in an episode of ‘Law & Order’.

In 2008, he worked as a writer and director for the movie ‘Choke’. The same year, he landed the role of agent Phil Coulson in Iron Man and became a part of the Marvel Cinematic Universe.

He reprised the role in the sequel of the movie, Iron Man 2. In 2011, he once again appeared as Coulson for Thor. Moreover, he also appeared in The Avengers and other Marvel short films.

Moreover, he also portrayed the character in ‘Ultimate Spider-Man’ and the series, ‘Agents of S.H.I.E.L.D’.

After this, he made an appearance in the TV series ‘BattleBots’. Furthermore, he also appeared as Chief Inspector Calvin Bordurant in ‘Live by Night’.

In April 2013, he released a movie he wrote, produced, and directed titled ‘Trust Me’ which premiered at the Tribeca Film Festival.

Gregg stands at a height of 5 feet 9 inches and weighs around 75 kg. His hair color is brown and his eyes are blue in color.

Clark Gregg has an estimated net worth of around $10 million as of 2020. His primary source of income is acting. Although he has not revealed his annual salary, on average, an actor in America earns around $40k a year. However, he probably earns more than that.

As of 2020, Gregg has not been involved in controversies. He has stayed away from any controversial subject matters and has kept his profile clean. Similarly, there are no rumors about him.

You may also like to read more about the Bio, Career, Net Worth, Relationships, and more about Meredith Giangrande, Janeen Damian, Susan Wheeler Duff, and more.