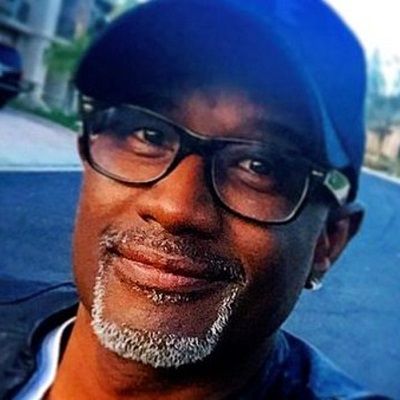 Claude V. McKnight III is a very private person when it comes to personal life. Probably, he might be single. He is a proud father of two daughters.

His Instagram posts suggest that he likes to spend time with his friends and families. Last, he visited Japan during his musical tour with his daughter. He just loves playing guitar and basketball.

Who is Claude V. McKnight III?

Next on the 7th of February 2020, he will be appearing in  Bellingham, WA for his concert along with Nnenna Freelon, Clint Holmes, and Tom Scott.

Claude was born Claude McKnight on the 2nd of October 1962 in New York to Claude Jr., father and Elaine, mother.

They are of Scottish ancestry.

He is the eldest among his three siblings Fred, Mike, and Brian. He was raised in Buffalo, NY along with his siblings.

Claude is greatly influenced by his grandfather, Fred Willis Sr who happened to be the choir director in the church.

His earliest memory regarding the music is going on the rehearsals on Friday night with his mother. In the rehearsals, he used to observe his grandfather who is leading the group of singers.

When he was in the fourth grade, he started to play the trombone. He also played the trombone during high school. After his second year in High school, his family moved to Orlando, Florida.

After that, he started playing and singing in the chorus. At the very time, his deepest wish was to play for Doc Severinson!

After, his High School, he joined  Oakwood College in Huntsville, AL. During his first year in college, he auditioned a group of students and formed the band, Alliance. At the very early phase, the musical group performed in the local church. Later, in 1980, the group welcome their other band members, Alvin Chea, Cedric Dent, and David Thomas.

Later, the group signed a contract with the music group, Warner Alliance. In 1987, they renamed the group Take 6. Two years later, the group released a self-titled debut album under the same recording label. The album earned platinum certification and won their first two Grammy  Awards.

He was also featured in the TV series like Saturday Night Live, Soul Train, and Tavis Smiley. Apart from that he also appeared in Take 6: All Access, America: A Tribute to Heroes, and Listen Up: The Lives of Quincy Jones.

He also has a self-titled YouTube channel with 239 subscribers and 26k views.