Actress, writer, an advocate of medication-assisted treatment for AUD Claudia Christian is low key about her current affair. 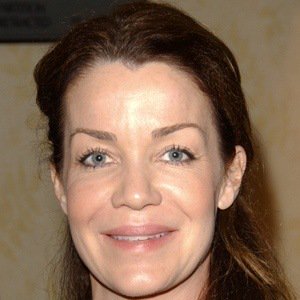 Cooking is great, love is grand, but soufflés fall and lovers come and go. But you can always depend on a book!

She was married to Gary DeVore in 1998. The couple ties their knot after dating for several years. The couple could not continue their relationship and end with divorce in 1992.

Gary was disappeared in mysterious circumstances, she then hired private investigators and ex-marines in order to search him. His car was later found in an aqueduct, but the marines swept it earlier, the car was not there.

The couple did not welcome any children during that relation period. She currently resides in London, UK.

Who is Claudia Christian?

Claudia Christian is an American actress, director, writer, musician, and singer. She is highly recognized for her role as Commander Susan Ivanova on the television series ‘Babylon 5’.

She has done a charity called ‘The Sinclair Method’ as a cure for alcoholism.

She was born on August 10, 1965, in Glendale, California, USA. Her birth name is Claudia Ann Coghlan. Her mother’s name is Hildegard (née Christian) and her father’s name is Michael Coghlan.

Claudia’s father has Irish ancestry and her mother is from Germany. She has three older brothers and she was raised with them in Connecticut and England.

Claudia holds American citizenship and her ethnicity is a mix of German and Irish.

Talking about her education history, she graduated from high school at the age of 16 and began acting.

Claudia Christian worked in a clothing store and a coffee shop before appearing in an episode of the soap, ‘Dallas’ in 1984. Then, she made her appearance as Melody Hughes on the short-lived drama ‘Berrenger’s’.

Claudia portrayed the role of Commander Susan Ivanova in the first four seasons of ‘Babylon 5’ from 1994 to 1998. She reprised her role in ‘Babylon 5: In the Beginning’ and ‘Babylon 5: Thirdspace’.

Claudia has also released a solo album, ‘Once Upon a Time’, a single, ‘Taboo’, and ‘Claudia Squared’ on the album ‘The Be Five’. She has made a documentary titled ‘One Little Pill’ which she discovered in order to reach sufferers of addiction who might benefit from the Sinclair Method.

She has nominated for the same award in the category Best Vocal Ensemble in a Video Game for ‘Darksiders II’ in 2013.

She left the show ‘Babylon 5’ unexpectedly because she requested a small reduction in the number of episodes she would appear so that she could complete another project and her request was not accepted.

Claudia Christian has a height of 5 ft. 9 inches and weighs 62 kg. She has dark brown eyes and black hair. Her body measurement is 31-25-38 inches.

To know more about Odette Annable, Nikki Cox, and Romy Rosemont, please click on the link.