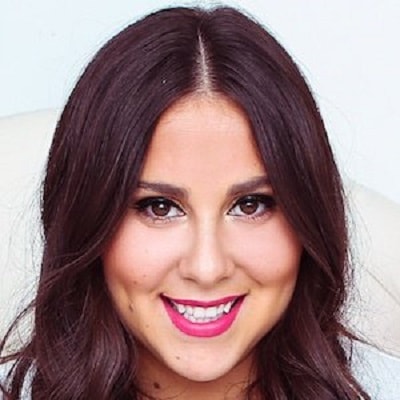 Claudia Oshry is a married woman. She has tied the knot to fellow Instagram Star Ben Soffer on September 17, 2017. The couple began dating in 2016.

The pair have not shared any child to date and they are living happily without extra-marital affairs or divorce.

Who is Claudia Oshry?

Claudia Oshry is an American Instagram star who is well known by her Instagram name GirlWithNoJob. In her account, she re-posts pop culture-related comedic memes relating to everyday life.

She was born on July 10, 1994, in New York, USA. She is currently 26 years old. Claudia was born to father Michael Oshry and mother Pamela Geller, political activist and commentator.

She has three sisters and they are named Jackie Oshry, Margo Oshry, and Olivia Oshry.

Claudia belongs to American nationality but her ethnicity is unknown.

She joined Ramaz School from 2008 to 2012 and attended New York University in 2012, graduating in 2016 with a bachelor’s degree in Media, Culture, and Communication.

When Claudia Oshry was in her University, she started Girl With No Job on Tumbler and she posted jokes of her co-workers, which eventually led to being fired from the job.

She started her Instagram account name GirlWithNoJob from 2014 and she posted funny pictures, snapshots of stolen tweets, as well as re-posted cultural-based memes.

She got featured in Vogue’s list of 16 funnies Instagram accounts to follow. Similarly, she launched a mobile app named GirlWIthNoJob in May 2016 which was released in iTunes.

After that, she started hosting ‘The Morning Breath’ but she was fired from the show and then along with her sister, Jackie, she is hosting the show named ‘Morning Toast’. In addition, she has recently launched the ‘Dirty Jeans Tour’.

Moving towards her awards and nomination, she was nominated for the 2016 People’s Choice Award for favorite social media stars.

She has an estimated net worth of around $500k and she has earned that sum of money from being the Instagram star.

She accused actor Cuba Gooding Jr. in June 2019 for sexually assaulting her when she was at her 16. However, Cuba pleaded not guilty to sexual abuse charges.

Claudia Oshry has a height of 5 ft. 6 inches and weighs 78 kg. Claudia has dark brown eyes and black hair. Her body measurement is 39-32-39 inches and her bra size is 39B.

Also, her YouTube channel has around 15k subscribers. In addition, she has around 20k followers on Twitter but she does not seem to be active on Facebook.

To know more about Rachael Bush, Alex Ramos, and Ringo Starr, please click on the link.