Claudia Sampedro is in a relationship as of now. Currently, she is tied in a relationship with Julius Peppers. Julius is a famous football player. The lovebirds have been living together since 2014. They are not married yet. Together, they have a son. The name of their son is Amaresito who was born on September 21, 2015. Currently, the lovely couple is living happily together with no sign of separation.

Previously, she was in a relationship with some other guy. With him, she has a daughter named, Keana Skye. She was born in 2009. 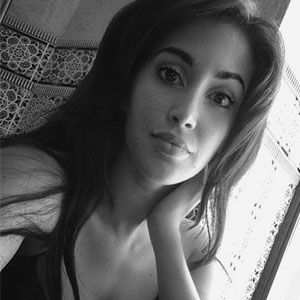 Who is Claudia Sampedro?

Presently, she is mainly popular for featuring in the E! Reality show named, “WAGS Miami.” She gained massive popularity through the show. she is popular for posting sexy pictures and fitness videos in her social media handles.

Claudia Sampedro was born in Havana in Cuba. She was born on October 27, 1989. She is of mixed(Moroccan and Spanish) descent. Although she was born in Cuba, she grew up in the U.S. It was after she moved to Miami with her parents when she was six.

Her mother was a Moroccan and father was a Spanish. There are very few details about her early life and her childhood. She shares very few information regarding her growing up period.

As per her education, she went to some school. Afterward, she studied ‘cosmetology’ in University.

Claudia Sampedro initiated her modeling career at the age of sixteen. At first, she tied up with agent/scout, ‘John Casablancas.’ She went on doing several modeling shows. Claudia Sampedro also got some advertising deals. She featured on the covers of magazines like “Face 2 Face Magazine” and “Mixed Magazine.”

Her deal with multiple brands earns her a hefty amount of salary. It is around $ 280,000 per year. Furthermore, she has other sources of income like endorsement and sponsorships. Consequently, she has been able to add some fortune. Presently, she has a net worth around $ 1 million.

Claudia Sampedro was part of media controversy in the past. In 2016, Ashley Nicole confronted her for her butt-naked photo-shoot. Subsequently, it created a significant buzz in the press. As of now, she is away from any controversy and rumors.

Claudia Sampedro has an average height of 5 feet 6 inches. Similarly, she weighs around 54 kg. Also, she possesses a body figure of 34-25-36 inches. She has blonde hair and brown eye.