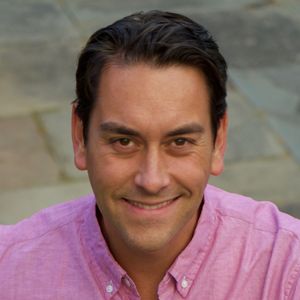 To achieve better things, we have to change the way we think about money.

Achieve the impossible, and stop working for money, for good. I’ll be cheering you on, the entire way.

Clayton Morris is a married man. He is married to his long-term girlfriend, a technology news journalist and online media personality, Natali Morris on October 20, 2010, and have two children, Miles Benjamin Morris, and Ava Elizabeth.

The couple is very happy with the marriage and everyone enjoys each other’s company very much. There is no sign of divorce between them. Apart from his married life, he has not spoken anything about his previous relationships and affairs.

Who is Clayton Morris?

Clayton Morris is a real estate investor and podcaster. He is also famous as an American host. He is the former co-host of Fox and Friends Weekend and The Daily Buzz show. He currently resides in Maplewood, New Jersey.

Born into a middle-class American family he was raised by his parents Don Morris(father) and Verna Morris(mother). He was born on December 31, 1976, in Philadelphia, Pennsylvania, U.S.A.

He is of mixed(English, Irish, Scottish, and Welsh) ethnic background.

He has a younger sister, Nicole, who is a teacher. She later became a counselor in Philadelphia. Clayton has the hobby of collecting novels.

When he was a kid, his father lost his job due to which his family faced a financial crisis for a while. However, soon his father got another job but that time it affected the family, which made him think to be financially secure all the time.

Talking about his education, Clayton studied at Wilson High School and later attended the University of Pittsburgh. Even at school, he was the host of his school’s program.

Clayton Morris is currently the host of Fox Ramp: Friends weekend on Fox Channel. Clayton came out from nowhere and now he has a great name as a host. He is very adoring towards his work. Clayton has been working with many channels and has hosted many shows.

He was popular after being involved in Fox News with the show Good Day Philadelphia on weekday mornings.

Later, The Morning Show with Mike and Juliet was stopped and he was replaced by Mike Jerrick. Besides this, there is no information about his career.

While he was working, he was doing the job he loves but he always insecure thinking, “What if I lose my contract? What if the show gets canceled? What if, what if, what if…” This is how he started gaining the knowledge of investing in rental real estate side by side.

As he reached his 40s, he was earning parallel income from both his full-time as well as passive career. He was happier while doing his passive job, hence he left his job and gave his full time towards wealth management job.

Starting from zero to the position he is by now is not less than any award. Still, there is no award named after him. He is still gaining popularity.

Clayton Morris: Salary and Net Worth

Clayton Morris is a very active host, he is always searching for opportunities to make himself successful. He has also gained a huge amount of net worth. He has a total net worth of $1.5 million. His salary is incredible playing a major role in increasing his net worth.

As every successful man has, Morris also has controversies behind him. He was once about to be fired from his channel after telling that he will probably change his gender. The news was spread worldwide and was criticized by many people for it.

Later he committed felt guilty about what he had said to the audience.

He has a good height of 6 feet 2 inches (1.88 m) with a bodyweight of 65 kg. His eye color is dark brown and his hair color is black. There is no information about his shoe size.

Clayton Morris has a massive number of fans following his social networking sites. Talking about his Instagram account, he has 170 k followers. He often posts on Instagram. He has a total of 1.8k posts there.

Happy Married Life!! Clayton Morris Joyful Married Life With His Wife And Children; Is There Any Possibilities Of Divorce? Know About Their Relationship and Family Life