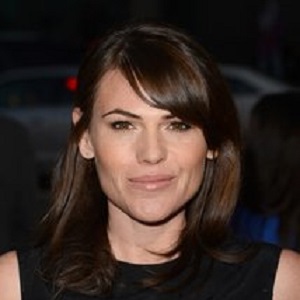 Because of the high altitude, you get drunk really fast. So everyone's drunk all the time

I've gotten better at not making people feel uncomfortable with my shyness.

Clea DuVall is openly lesbian.  She is unmarried till now. She dated Camila Gutierrez during her early career days. She was in a relationship with the American actor James DeBello for several months in the year 1999. After that, she stayed single for several years. She began dating the American film actress Ellen Page in 2011 but broke up later that year. Since then, she has not been in any known relationship till now. According to the records, she is possibly single at the present time.

Who is Clea DuVall?

Clea DuVall was born as Clea Helen D’etienne DuVall on 25 September 1977, in Los Angeles, California, USA. She is the only daughter of American parents Steph DuVall and Rosemary Hatch. Her father is a TV actor. Her parents divorced when she was twelve years old. Her nationality is American and she is of North American ethnicity. She attended the L.A. County High School and graduated with a degree in Arts in 1995. She worked in a coffee shop before becoming an actress.

Clea made her acting debut playing the role as Kelsey in the 1996 movie Little Witches. After that, she appeared in various films and episodes of television shows such as ER and Buffy the Vampire Slayer. She got her breakthrough role as a goth student in The Faculty (1998).

She was nominated for the “Blockbuster Entertainment Awards for Favorite Female Newcomer” for her performance in The Faculty. After that, she had major roles in The Astronaut’s Wife (1999), Ghosts of Mars (2001) and Thirteen Conversations About One Thing (2001).

In 2003, Clea won the Florida Film Critics Circle Awards for her role in the film Thirteen Conversations About One Thing. Since then, she has appeared in numerous movies and TV films in her career. In 2012, she won the Hollywood Film Awards for her role in Argo. In 2016, she wrote and starred in The Intervention. Clea will be appearing as Madeleine Holmlund in the upcoming series Brooklyn Animal Control.

Clea DuVall: Salary and Net Worth

She has a net worth of $1.5 million but her salary is not revealed yet.