Cleo Cole Elliott is an American singer, musician. She is also the daughter of actors Katharine Ross and Sam Elliot. Cleo is not dating anyone. 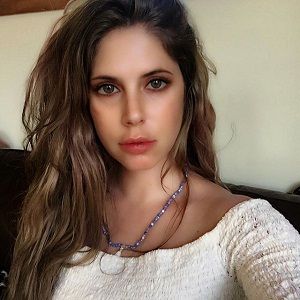 Cleo Cole Elliott is currently single. She hasn’t revealed anything about her romantic relationship till now.  Personally, she has a violent and harsh relationship with her mother.

Her mother told that she used to abuse her since she was child verbally. Cloe even wanted to kill her mom. However, there are no explanations on why she is so violent with her.

Moreover, there is no information about any of her past relationships, affairs, marriage, and children. She seems to be very focused on developing her career and has no time for a relationship.

Currently, she is determined to achieve her dream and is single.

Who is Cleo Cole Elliott?

Cleo Cole Elliott is a musician, model, and singer who hails from America. She is also known as the member of ASCAP.

She earned a lot of attention and recognition as the daughter of popular and famous Katharine Ross and Sam Elliot.

Cleo Cole Elliott was born on September 17, 1984, in Malibu, California, U.S. She is the daughter of Katharine Ross and Sam Elliot. Also, she is the granddaughter of Dudley Ross and Katharine Hall.

She is of American nationality. She spent her early life as a single child in luxury and comfort due to her father’s enormous wealth.

Moreover, she developed an interest in singing and music in her childhood days. Her entire family supported her in having a career in a musical career.

Likewise, she studied singing in 2002 focusing on Italian opera. She graduated Joanne Barron/D.W. Brown Acting Studio in 2006. Moreover, she also trained as a classical singer under the tutelage of  Charity Chapman.

Cleo Cole Elliott started her career as a singer specializing in classical music. Eventually, she released her first album in January 2009.

The name of the album was “No More Lies.” Moreover, she also worked with a lot of popular artists like 2 Cents and Tin Horn. However, there is no information regarding how well it did.

Likewise, she also worked as a model numerous times. She started out as a model for live hair styling show for “SEXYHAIR” in the year of 2003.

Later on, she photographed alongside her family for the Malibu Times Magazine on July 29, 2013. Also, she modeled with her father in the Creative Arts Emmy Awards in 2013.

Furthermore, she is also a member of ASCAP (The American Society of Composers, Authors, and Publishers). As of now, She has a net worth of $ 1.5 million but her salary is not revealed yet.

She and her parents Katharine Ross, Sam Elliott attend the premiere of the Orchard’s ‘The Hero’ which was premiered on June 2017.

Her mother told that she cut off the telephone line with scissors threatening to poke her eyes.

As a result, she had to stay 100 yards away from her mother. Also, she had to go her house with a police officer to collect her things. However, the reason which provoked her to do this is still unknown.

Cleo Cole Elliott looks beautiful with a well-maintained body figure. She currently stands at the height of 5 feet and 8 inches (69.6 inches).

However, there is no information regarding her exact body measurements. She has light brown hair and beautiful blue eyes.