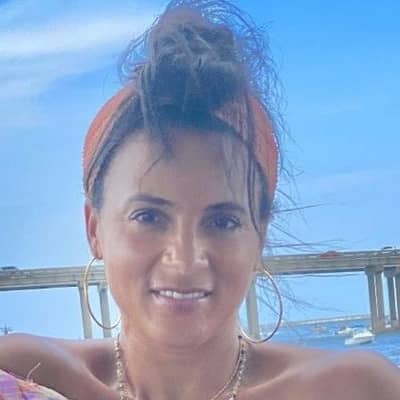 Clerenda McGrady is a married woman. She gets married to a sports person Tracy McGrady. Tracy is a former basketball player. He is a seven-time NBA All-Star and two times NBA scoring champion.

The couple dated for 10 years before their marriage. On September 12, 2006, they exchange vows in Los Cabos, Mexico, officiated by the former senior pastor of Windsor Village Methodist Church, Kirbyjon Caldwell.

Clerenda McGrady is a best-selling author, entrepreneur, television presenter, and lifestyle guru from the United States. She is the founder of Project P.U.S.H.

Besides, she is better known as the spouse of retired basketball player Tracy McGrady.

Clerenda was born in Winston-Salem, NC on the 24th of November 1974. She holds an American nationality and belongs of All-American descent.

She hasn’t yet disclosed her parents and other family member’s identity in the media. Talking about her academics background, she received a bachelor’s degree in Communications and a master’s degree in Education in Speech-Language Pathology.

Similarly, she joined Baylor University to earn a doctorate degree in Leadership and Organizational Change.

Clerenda has established herself as a best-selling author. In 2016, she released her book titled “Push Thru! Redefine and Create Your Own Sucess Story”. She appeared as a TV host of Thryv 360. McGrady founded the non-profit foundation, Project P.U.S.H. which funds educational pursuits through scholarship, and supports community and international outreach.

The organization and McGrady donated over $500,000 in grants to Women in Ministry in Missions, $300,000 to refurbishing two school libraries within the city of Houston. Furthermore, the team provided $20,000 in scholarships to the Girls Who P.U.S.H. College Scholarship Program among other programs.

Clerenda hasn’t yet disclosed her net worth, salary, and other earnings in the media. Talking about her husband’s net worth, he has accumulated around $75 million net worth throughout his basketball career.

In addition, he has done some endorsement that he signed a long-term partnership with Adidas in 2002 until lasts through his playing career.

Clerenda has managed to maintain a clean profile till now. She hasn’t been part of any sorts of rumors and controversy that create headlines in the media.

Talking about her physical appearance, she seems quite tall in stature with an average weight. She has a black pair of eyes with black hair color. However, her height, weight, ad other body stats are not available in the media.