Cliff Richard remained a bachelor after one of his past relationships didn’t culminate into marriage. On being asked about this, he said “I’ve had a few false alarms.  He leads a busy life and his sisters are only surviving family, after the deaths of his parents. 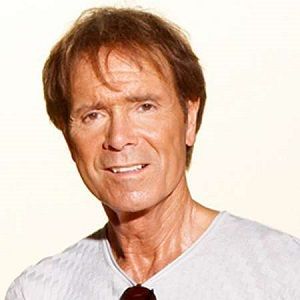 If I'm in the middle of hitting a most fantastic crosscourt backhand topspin and someone says, "Can you stop now and have sex? I'll say, "No, thanks!: Elvis was my idol from the beginning and even today when I'm alone I'll often put on the "King Creole" album. He's produced the most exciting pop music sounds of all time.

As for my sexuality, I am sick to death of the media's speculation about it. What business is it of anyone else's what any of us are as individuals? I don't think my fans would care either way.

Who is Cliff Richard?

Cliff is a British pop singer, musician, performer, actor and philanthropist, who is well known as is one of the most famous pop singers and has sold a whopping 250 million records in his career. Likely, Richard has originally marketed as a rebellious rock and roll singer in the style of Elvis Presley and Little Richard.

Cliff Richard was born in Lucknow, United Provinces, British India on October 14, 1940. His birth name is  Harry Rodger Webb and he is currently 78 years old. His father’s name is Rodger Oscar Webb (manager) and his mother’s name is Dorothy Marie Webb.

Talking about Cliff’s education history, he attended the Kings Road Junior Mixed Infants School. Later, he went to the Cheshunt Secondary Modern School from where he graduated in 1957.

Talking about his profession, he began working as a temporary clerk for Atlas Lamps and when he was 16 his father gave him a guitar. In the year 1957, he formed his own band Quintones vocal group, prior to joining the Dick Teague Skiffle Group.

In the year 1959, he made his film debut with ‘Serious Charge’. In the same year, he acted in the film ‘Two a Penny’, playing the role of Jamie Hopkins, who becomes entangled in drug-dealing. In addition, he also made his last film appearance in the 1973 movie ‘Take Me High’. ‘The Shadows’ regrouped this year as well.

However, in 1976, his album ‘I’m Nearly Famous’ became an international hit and reinstated his career which had slowed down due to the arrival of the ‘Beatles’.

Another of his chartbuster was ‘We Don’t Talk Anymore’ in 1979. In the year 1980, he recorded a duet, ‘Suddenly’, with Olivia Newton-John, which peaked at no. 20 in the UK. He recorded the duet ‘All I Ask of You’ with Sarah Brightman in 1986 for the famous musical ‘The Phantom of the Opera. He remained one of the topmost singers throughout the 1980s, with most of his songs peaking at no.1.

In the year 1996, Cliff Richard entertained the crowd at Centre Court on a rainy day during the Wimbledon Championship. He also released his studio album ‘Wanted’ in 2001, and soon came up with another successful album, ‘Cliff at Christmas’.

In his 50th year in the music industry in 2008, he released ‘And They Said It Wouldn’t Last (My 50 Years in Music)’, an eight-CD box set. On the same year, he joined ‘The Shadows’ to perform at the ‘Royal Variety Performance’.

During 2009, Richard and ‘The Shadows’ released their studio album ‘Reunited’, which was their first album together in forty years. Therefore, he teamed with some of America’s most popular R&B and soul singers to record the album ‘Soulicious’ in 2011, which was released in October that year. He was one of the performers in the Diamond Jubilee concert held near Buckingham Palace on June 4, 2012.

He was nominated for Top Male New Face at Golden Laurel Awards. Unfortunately, he has not won any of the awards yet.

he has an estimated net worth of around £70 million (as per 2022 data) and he has earned that sum of money from his professional career.

There was a rumor that, Cliff Richard predilection for young boys in the murky underbelly of the internet. Currently, he is far from rumors and controversies.

Cliff Richard has a height of 5 feet 10 inches. Additionally, he weight is unknown. Cliff’s hair color is brown and his eye color is dark brown.

Also, read the affair, salary, the net worth, controversy, and the bio of Pixie Geldof, Matt Bellamy, Dua Lipa

Singer Cliff Richard has made a permanent move to the USA after been falsely implicated in a sex abuse case!

Singer Cliff Richard forced to cancel his show due to laryngitis!