Updated On November 15, 2022 | Published By: Sonia Jimee
Share this
Married 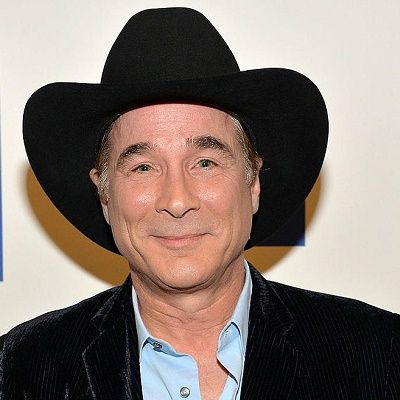 I'm one of those people that think things happen for a reason, and you just have to look for the reason

Country radio certainly widens the boundaries of what I can do. Other artists may do something more edgy that gets on radio and that opens the door for me to be more edgy, I think

I would've become reclusive but she(his wife, Lisa) was having none of that.

How long has Clint Black been married?

He is happily married to Lisa Hartman on 20 Oct 1991. The couple has been married for over two decades.

They have a daughter together, Lily Pearl Black. They welcomed Lily in 2001.

As of 2020, he and his wife reside in Nashville, Tennessee.

Clint and Lisa met in 1990 on New Year’s during Black’s concerts in Houston.

Who is Clint Black?

The album was an instant hit. Throughout his career, more than thirty of his singles have charted on the billboard country chart. Black founded his own record label, Equity Music Group, in 2003.

He has appeared in movies like Flicka 2, Maverick, and more.

What are the birth facts of Clint Black?

He grew up in the suburbs of Houston, Texas as the youngest child amongst four brothers. He has three elder brothers, Mark, Kevin, and Brian.

He was inclined toward music since childhood. Black dropped out of high school to pursue music professionally. He learned to play harmonica at the age of 13, and when he was 14, he wrote his first song. Moreover, he learned to play the guitar as well.

He started his musical career by performing at nightclubs. He also dropped out of school to pursue music professionally. Black signed with RCA in 1989. The label was considered one of the “most aggressive” labels in country music at that time.

He released his first album, Killin’ Time, in 1989. The album was an instant hit. In 1989 he made a debut with the single, “A Better Man”. Black released his second album, Put Yourself in My Shoes, in November 1990.

Black sued his manager, Bill Ham, in March 1992 for breach of contract. Bill countersued him which led to difficulties in a settlement. The commotion caused a delay on his third album “The Hard Way”. He released his fourth album “No Time to Kill” in 1993.

The album was received with mixed reactions. Black released another album in 1997, called Nothin’ but the Taillights. In 1998, he recorded a cover of the Christmas song “Rudolph the Red-Nosed Reindeer” for the soundtrack of an animated movie of the same name.

In 1999, Black released D’lectrified. Black took a 3-year hiatus after welcoming his daughter in 2001. During his break, Black formed his own record label, Equity Music Group. He has been managing his label while making little television appearances.

His album “Killin Time” was certified platinum in 1990. Black won a total of 4 Academy of Country Music for “Killin’ Time” in 1989. Including one Album of the Year, one Top Male Vocalist, one  Top New Male Vocalist, and won Single of the Year for “A Better Man.

How much does Clint Black earn?

Black is a successful Country Singer, an active producer, and an actor. As of 2022, he has a net worth of $25 million. But his salary and other earnings are unknown.

In 2003, Black sued his then manager Bill for a Breach of contract.

Bill promptly counter-sued Black, blaming the initial lawsuit being on a piece of poor advice from his new personal assistant, his mother-in-law, Jonni Hartman.

Clint Black stands at 5 ft 7 inches in height and weighs almost  77 kgs. He has green eyes and dark black hair.

Also, get to know about Lorrie Morgan, Michael Ray, and Carly Pearce.