Coco Jones is currently single. She has a good bond with her siblings. 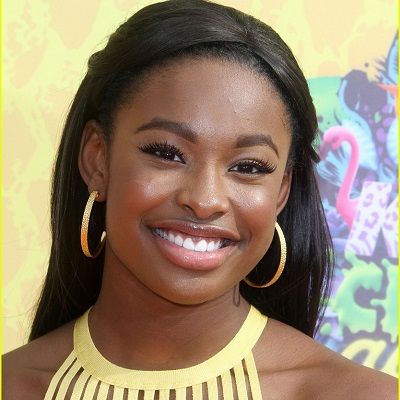 Who is Coco Jones?

Coco Jones is an American actress, singer, and songwriter knew for starring in the Disney Channel film Let It, Shine.

Coco released her single Depressed in 2019.

Coco Jones was born on 4th January 1998 in Columbia, South Carolina, US. She is the daughter of former NFL player Mike Jones and session vocalist Javonda Jones. Her siblings are Aja, Mike Jr, and Steven.

When she was six years old she made her first stage performance. Her performance was on America the Beautiful to a crowded auditorium of parents at her kindergarten graduation.

When she was nine years old, she met the casting heads for Disney.

Coco Jones started in the 2011 Disney Channel’s So Random!. In the year 2009, she performed live on The Most Talented Kids on the episode of Maury Povich Show. After that, in 2012, she appeared as Roxanne “Roxie” Andrews in Let It Shine.

In the year 2011, she released her single Stand Up. After that, she released What I Said, Holla at the DJ, Deja Vu, World Is Dancing, Glitter, Peppermint, Let ’em Know, Let Me Check It, Just My Luck, and Depressed.

Coco has black hair and dark brown eyes. She is 5 feet 9 inches tall and weighs around 56 kg. Her body measurement is 34-25-34 inches.

Likewise, she has around 466k followers on Twitter and she is active on Twitter since June 2010. She has around 349k subscribers on a YouTube channel named ‘cocojonessings’.