Cody Fern is an Australian actor and director. He was seen in The Assassination of Gianni Versace: American Crime Story and American Horror Story: Apocalypse. 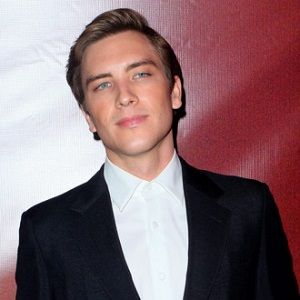 Cody fern is gay. He has not completely opened up about his relationship but he is dating Eric Smith. He and his boyfriend are together since 2017.

They have a beautiful relationship and are happy together. There is no much information known about his past relationships.

Who was Cody Fern?

Cody Fern is an Australian actor and filmmaker. Cody Fern is known for portraying the murder victim David Madson in the FX series The Assassination of Gianni Versace: American Crime Story. He was the winner of the Heath Ledger Scholarship.

Similarly, he had his breakthrough performance as Michael Langdon in the American Horror Story: Apocalypse.

Cody Fern was born on 6th July 1988 in Southern Cross, Western Australia, Australia. There is no information about his father, mother, and siblings.

His nationality is Australian whereas his ethnicity is unknown.

Now talking about his education, he studied at the Merredin Senior High School. Similarly, he later graduated with an Honours degree in the field of commerce from the Curtin University of Technology in 2009.

Likewise, he attended the acting class under the careful guidance of actors Ellen Burstyn, Larry Moss, and Susan Batson.

The Australian actor Cody played Romeo in Shakespeare WA’s production of Romeo and Juliet. The play was shown in Lindsay in the Black Swan Theatre Company’s Jandamarra and the Earl of Southampton in the world premiere production of The Enchanters at the State Theatre of Western Australia.

Similarly, he has appeared in a number of short films. Those films include the Western Australian Screen Award-winning picture Still Take You Home (2010) and The Last Time I Saw Richard (2014). Also, he played the lead role of Albert in the National Theatre of Great Britain’s production War Horse.

Likewise, he appeared as Jim Mason in The Tribes of Palos Verdes. His first TV debut was in the FX true crime anthology series The Assassination of Gianni Versace: American Crime Story as David Madson. Later he was on House of Cards and Antichrist Michael Langdon. Furthermore, he was on American Horror Story.

Likewise, he was nominated for Breakthrough Performer of the Year and Best Supporting Actor in a Motion Picture or Limited Series.

He has an estimated net worth of $500 thousand. The average salary of an Australian actor is around $20.18-$58.17 Australian dollar per hour. Similarly, he earned $70-$80k from his Netflix Series.

This actor has not been into any rumors and controversies yet.

Talking about his body measurements, Cody Fern has a height of 5 feet 11 inches and weighs around 78kg. Similarly, he has dark brown hair and has blue eyes color.

You may also like to read Jason Montgomery, Aden Young, and Luke Cosgrove.