Known for appearing in The Wonderful World of Disney (TV Series) for an episode. 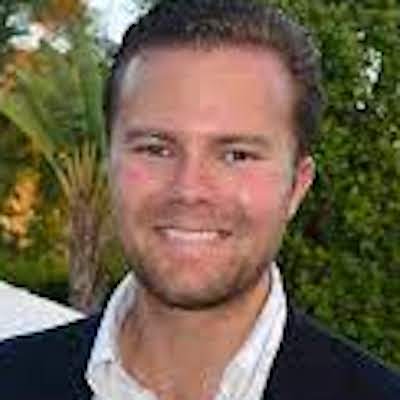 Cody Gifford is currently in a married relationship. He exchanged vows with his actress wife, Erika Brown on 05 Sep 2020.

The wedding was attended by their family and friends. The groom wore a black suit and tie and the bride walked the aisle by wearing a white gown plus tiara.

They shared rings and showed them to the world on 13 May 2019. This couple is together since their college days i.e. 2013.

Who is Cody Gifford?

Cody Gifford is an American producer and actor who has founded Gifford Media Group. He is known for appearing in The Wonderful World of Disney (TV Series) for an episode.

As a writer, he wrote a TV show Slave Stealers which is under the filming process.

His birthdate is 22 March 1990 and he was born in the USA as Cody Newton Gifford. The name of his mother is Kathie Lee Gifford and his father’s name was Frank Gifford.

They married in the year 1986 and were together till 2015. Cody’s ancestry is Caucasian and has a younger sister named Cassidy Erin Gifford (actress).

Also, he has two step-brothers Kyle Gifford, Jeff Gifford plus a step-sister Victoria Denise Gifford from his dad’s side.

Moreover, along with his wife, mom, sister, and brother-in-law, he participated in a popular show Family Feud in 2008 plus 2020.

Wit his founded company, he has executive-produced several projects for networks such as HBO Films, Warner Bros. Television, MGM, and The Hallmark Channel.

His net worth is around $1 million as of 2021. The salary he receives is also unknown.

But his dad had assets of over $60 million while his mom has a net worth of $60 million with $5 million of salary per year.

This Gifford Media Group’s owner is keeping himself away from rumors and desperate scandals.

Cody Gifford’s height is 6 ft 4 inches and his body weight is of average size. Similarly, his eyes are light brown and his hair color is dark brown.