Singer-songwriter Cody Johnson is married and a mother of two.

Johnson is married to Brandi Johnson and has two children, Clara Mae and Cori. He is a happily married man.

However, there is no information about his wedding date and marriage details. 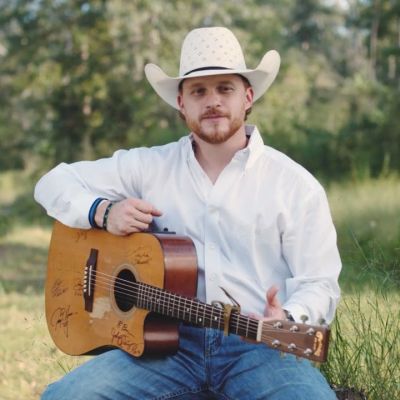 Who is Cody Johnson?

Cody Johnson is a singer-songwriter in American country music. He released six albums of his own, followed by the major label album Ain’t Nothin’ to It. The sixth album, Gotta Be Me, ranked number two on Billboard’s Country Albums chart, while the seventh album was number one.

Cody Daniel Johnson, also known as “CoJo” was born on May 21, 1987, in Huntsville, TX. He was raised by his parents Sheila and Carl Johnson in East Texas. He was growing up taking an interest in acting. He belongs to Caucasian ancestry.

Later on, Johnson gave up his childhood dream of being an actor because he didn’t think he was decent enough to make it in the tough Big Screen scene. Johnson found his love for music at the age of twelve years and never looked back.

Johnson attended Groveton Jr-Sr High School, where he began to study and progress as an artist. Johnson graduated from high school in 2005 and briefly attended Angelina College, Lufkin, Texas.

The young musician then determined that the college was not for him and that he should continue his career as a singer and songwriter.

Johnson started to sing and play guitar when he was twelve years old. He founded the Cody Johnson Band in 2006 with his dad Carl and drummer Nathan Reedy. They released an album, Black and White Label.

In 2006, the band recruited a lead guitar player, Matt Rogers, and recorded a live album, Live, and Rocking, at the Shenanigans and Confetti Club in Huntsville. After the album was released, Johnson’s father left the band.

In 2009, Danny Salinas joined the bass guitar unit. The first professionally recorded album, Six Strings One Dream, was released in September 2009. Three songs from the album reached the top ten of the Texas music charts.

After the album was released, the band added Chris Whitten to the violin and Jeff Smith to the lead guitar. Jody Bartula replaced Whitten with a violin in 2010.

Johnson’s next album, A Different Day, was released in 2011 and was produced by Trent Willmon. Johnson received the 2011 Texas Regional Music Award for New Male Vocal of the Year.

After winning, Johnson quit his day’s work with the Texas Department of Criminal Justice to concentrate on full-time music. In 2012, he teamed up with Kyle Park for Dancin’ and Drinkin’ at the Johnson Park Tour.

On May 15, 2019, Johnson made history by becoming the first unsigned/independent musician to perform to a sold-out crowd at the Houston Livestock Show & Rodeo.

Johnson’s 5th album, Cowboy Like Me, was released on 14 January 2014. It was Johnson’s second album, recorded by Trent Willmon. In its first week of release, it sold 8,000 copies, debuting at number 25 on the Billboard Top Country Albums chart and number 33 on the Billboard 200.

The 6th  album, Gotta Be Me, was released on August 5th, 2016. The album debuted at No. 11 on Billboard 200 and No. 2 on the Top Country Albums chart, selling 23,000 albums in the US in its first week. It was Johnson’s most critical debut, accomplished without major brand sponsorship or widespread radio play.

Johnson’s seventh album, Ain’t Nothin, was released on January 18, 2019. It contains the song “On My Way to You” which is his first Top 40 hit in Country Airplay. Both the album and the single were released through Warner Bros. The Nashville Records. In 2019, Johnson collaborated with Brooks & Dunn on a new version of their hit song “Red Dirt Road” which featured on their album Reboot.

In 2011, at the Texas Regional Music Awards, he was named the New Male Vocalist of the Year.

Being a celebrated country singer Cody’s estimated net worth at the end of 2022 is around $5 million. His main source of income comes from his country singer.

This successful country music singer has not been involved in any kinds of controversy or scandals.

He stands 7feet 3 inches tall and weighs around 70.7 kg, he has a pair of black eyes and blonde hair. His shoe size is 12(US). His other body measurement details are not available.

Many musicians have taken to social media sites to hold live performances for their followers during this pandemic. Several times, Cody Johnson has taken to Facebook for several live shows. It will normally be Cody and the songs will be played by a fiddle or guitar player.

you may also like to read the bio, age,  salary, education, marriage, social media, affairs of Jermaine Dupri, Kwame Morris and, Stephen Bishop