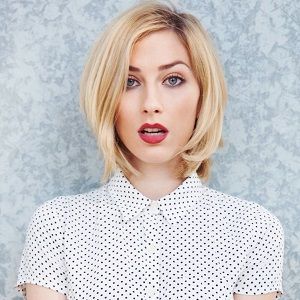 Additionally, she was also linked up with Carter Jenkins and Dirk Mai. Later in 2014, Cody began going out with British actor Sam Heughan. Although, the pair couldn’t handle their relationship for too long and split up in the same year. As per the reports, Cody is enjoying her single life and living beautifully.

Who is Cody Kennedy?

Cody Kennedy is an American actress. She is popular for her role in the drama feature Memoria as well as a guest role in Disney’s The Suite Life on Deck. Furthermore, she has been also featured in several music videos of famous singers such as Justin Timberlake, Miley Cyrus, and Steve Aoki.

Cody was born on December 9, 1991, in Los Angeles, California, USA. Talking about her nationality, she is American and her ethnicity is unknown. From the beginning of her childhood, she had a keen interest in acting and also began to learn from the early age.

She has three siblings Cory Kennedy, Chandler Kennedy, Chris Kennedy. Moving towards her education, she completed her graduation from the University of Southern California.

Cody began her as a model and also appeared in various music videos. During her teenage, she played in many music videos for hit singers such as Justin Timberlake, Miley Cyrus, and Steve Aoki. She got huge recognition for her role as guest starring on Disney Channel’s “The Suite Life on Deck”.

Moreover, she also appeared on various top series such as CSI: NY, The Muppets, Super Fun Night, Madden Girl, and This is Fashion. Back in 2015, Cody again stole the limelight as she landed the role in the drama feature Memoria along with James Franco and Thomas Mann. Besides this, she is also an alumni speaker for the US Performing Arts Program at UCLA.

Being an actress, she pockets a healthy amount of money from her profession. However, her salary and net worth are unknown.

As of now, Cody has not won any awards in her career. Although, she has been doing a great job in her field and her works have been loved ny many people around the world.

So far, there are not any drastic rumors regarding her personal and professional life. Moreover, has never faced any controversy in her career. It seems she has total focus on her work rather than stuck in any controversy.

Cody has a height of 5 ft 7 inches and her weight is unknown. Furthermore, she has a pair of attractive blue eyes and blonde hair. Apart from that, there is not any information regarding her other body measurements.