Artist Cody Linley is a diverse talent. He is possibly single at present.

Previously, he was in the affair several times. He dated Emily Osment in February 2005. They met the first time on the set of ‘Hannah Montana’. But this duo separated in August 2007.

After that, he had a fling with Nicole Gale Anderson in 2007 which ended in 2007. He then dated singer Demi Lovato from November 2007 to June 2008. They met for the first time via singer, Selena Gomez as three of them attended acting class together. Because of busy schedules, this couple was separated.

After that, he dated Rosie Par in 2008 and dated Bangladeshi resident Faria Putul from October 2008 to April 2010. In addition, he was also in a relationship with American actress Maiara Walsh in 2009 and with Chloe Bridges from 2010 to 2012.

Recently, he has not been linked with anyone. Maybe, he is busy in his career. 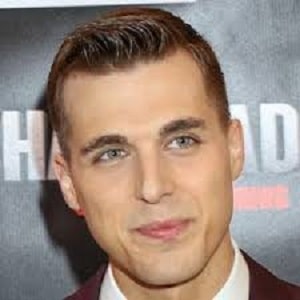 I think all kids think their parents are strict. My parents aren't superstrict, but they seem to be stricter than most. But even though it's like, 'Oh, gosh, I've gotta be in at this time,' they know what they're doing. I have great parents.

It's important to stand up for what you believe in.

I like a girl who laughs a lot. That's my main thing.

Who is Cody Linley?

Cody Linley is an American actor, rapper, dancer, and singer. He is popular for his recurring roles as Jake Ryan in the television series ‘Hannah Montana’

He was born on November 20, 1989, in Lewisville, Texas, USA. His birth name is Cody Martin Linley and he is currently 31 years old.

His father’s name is Lee Linley and his mother’s name is Cathryn Sullivan(acting Coach). He had a brother named Chad Linley who died on August 4, 2011.

Cody holds American citizenship and his ethnicity is a mix of German, English, Irish, and Scottish. He likes playing guitar and the first song he learned was ‘Smoke on the Water’.

Cody Linley debuted his film career from the made-for-television film ‘Still Holding On: The Legend of Cadillac Jack’ in 1998. After that, she played a supporting role in ‘My Dog Skip’, ‘Where the Heart Is’, ‘Walker’, and ‘Miss Congeniality in 2000. After a year, he made his appearance in the film ‘Cheaper by the Dozen’.

Cody Linley’s other notable film roles are in ‘The Haunting Hour: Don’t Think About It’, ‘Rebound’, ‘Hoot’, and more. Cody has also appeared in the episode ‘Five Finger Discount’ of the series ‘That’s So Raven’.

Recently, he appeared as Jake Ryan in ten episodes of ‘Hannah Montana’, alongside Miley Cyrus. He also worked as a co-host for Disney Channel Games in 2008.

Cody also made YouTube videos with his fellow Disney star, Roshon Fegan, and named it ‘Ro and Co Show’.

Cody has also participated in Season 7 of Dancing With The Stars. He was the youngest male star and the youngest contest of that season. He was paired with Edyta Sliwinska but eliminated on November 18, 2008.

He has collected huge income from his professional career. He has an estimated net worth of $13 million as of 2022.

There was a rumor that he dated actress Josie Loren in the past but neither of them talked about the rumor.

To know more about James Preston, William Brent, and Jordan Alan, please click on the link.