The founder and survival instructor at the Aboriginal Living Skills School in Prescott, Arizona. He is currently single.

Talking about Cody’s relationship, he has not met the woman of his life yet. His current relationship status is single. Moreover, there are no records of his past affairs.

He is a hardworking guy who is concerned about his future. 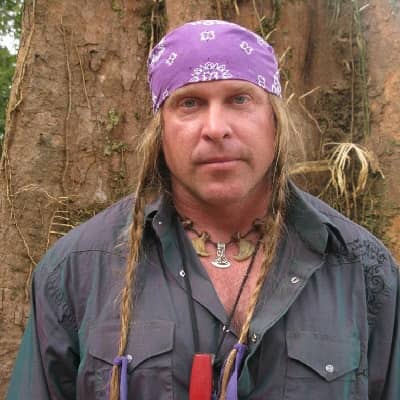 Who is Cody Lundin?

Similarly, he is tremendously famous for being the former co-host of Discovery Channel’s reality television series, Dual Survival.

His father was in the military and there is no information on his mother. He is the only child of his parents. Cody and his family migrated a lot and even out of the country. He grew up in Laramie, Wyoming. Lundin usually spent much time in the rugged lifestyle in the woods.

He holds the citizenship of America and his birth sign is Pisces.

Cody attended junior high and high school at Laramie, Wyoming. After graduating from high school, he joined the college in Prescott, Arizona. Later, he obtained B.A. in Depth Psychology and Holistic Health from Prescott College.

From his experience, Lundin has published two books on survival and preparedness: 98.6 Degrees: The Art of Keeping Your Ass Alive and When All Hell Breaks Loose: Stuff You Need to Survive When Disaster Strikes.

In the year 2004, he hosted the Discovery Channel show, Lost in the Wild.

Lundin was also a co-host of the television series Dual Survival from 2010 until 2014. He talked about various survival skills while going barefoot into the wild.

Moreover, he has provided consulting services to many networks such as PBS, National Geographic, and the BBC. Currently, he is a survival instructor at the Aboriginal Living Skills School.

Lundin has earned a massive amount of money through his job and his appearance in the TV series. His net worth is estimated at around $1.5 million as of 2022.

Although he is one with the rugged outdoor lifestyle, he has not yet made headlines linked to any major controversies.

There are also no negative or false rumors about him or his personal affairs on the media. However, he once sued Discovery and also alleged that they edited footage to make him negative while he was fearing for his life.

He also alleged that his co-host, Joe Teti, sent him a death threat.

Cody Lundin stands at a height of 6 feet 2 inches. He weighs around 87 kg. similarly, He has long dark brown hair and charming blue eyes.