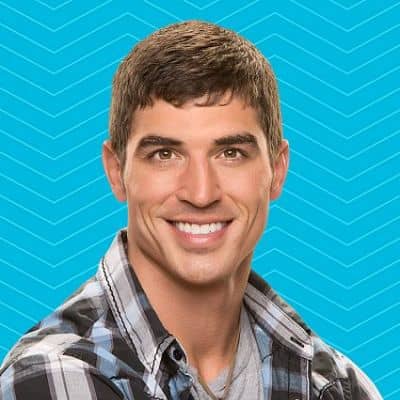 Who is the wife of Cody Nickson?

In October 2018, Cody Nickson is married to his girlfriend Jessica Graf, an American reality television personality, actress, and model.

The couple is living a happy and sustainable married life together.

How many children does Cody have?

Who is Cody Nickson?

He competes in Big Brother 19 and won The Amazing Race 30 with his then-fiancee Jessica Graf.

He has very good bonds with his three siblings Dillin, Alisha, and Shannon. His brother Dillin is a veteran who serves in the active military but sadly he passed away in 2011 and the reason is not disclosed yet.

Additionally, He holds an all-American Ethnicity with American nationality. According to him, Aries is his birth sign. He belongs to the Christianity Religion.

He graduated with an associate degree in business management from Collin College, a public community college in Texas.

He appeared on 19 seasons of Big brother and became a showmance with his fellow contestant Jessica Graf.

Cody won the safety competition on day 1 but Paul did not choose him as one of the HouseGuests to be awarded immunity.

Later, he won the Head of Household becoming the first HOH of the season, and repeated the feat in the 2nd week where he won the Power of Veto.

On 23 days, he was evicted from the house but returned immediately after winning three rounds of the Battle Back Showdown during week 4.

On week 5 of Big Brother, both Cody and Jessica were nominated for eviction. Likewise, Paul nominated Cody for eviction alongside Jessica but she used Temptation Competition the next week and became safe.

On day 58, he excelled and became the first member of the jury. He gave his vote for josh to win big brother and won $250,00 as a prize for being the American Favourite House Guest.

Also, Nickson along with Graf appeared on Big Brother for hosting the second POV competition.

He is the winner of The Amazing Race 30 with his then-finance Jessica Graf.

2021. He has written one book titled ‘Always happy Snappy Dappy’.

What is the net worth of Cody Nickson?

His major source of income comes from his profession as a Reality TV Personality, Author, and Former Member of the United States Armed Forces.

As of now, he has not been involved in any kind of controversy and has always maintained a good profile in front of the public.

What are the body features of Cody Nickson?

Talking about his body, his height is 6 feet and his weight is 75 kg. He has a fair skin complexion and an athletic body.

Likewise, His hair is Light Brown and his eyes are Dark Brown.

His followers on Instagram under the username @codythemarine are 251k and have followed his wife only. He has posted 316 posts for now and has a good sense of uploading photos.

His followers on Twitter are 51k and has followed 11 people under the username @codythemarine.

He has his official YouTube channel with 79.7k subscribers under the username Jessica and Cody Nick.

How is the Life of The Amazing Race 30 winner Cody Nickson Going with 4 Kids?