Coffey Anderson is a YouTuber, Star of “Country Ever After” on Netflix. Coffey is married and the father of four.

Coffey Anderson is a married man. He exchanged vows with a dancer Criscilla Crossland on 14 February 2009.

Coffey and his wife Criscilla celebrated their 14th anniversary in 2021 Valentine’s Day.

The couple together has a son Ethan, and daughters Emmarie, and Everleigh. Similarly, he has a daughter Sarah Jean from his previous marriage.

His wife Crossland is diagnosed with stage 4 colon cancer. He was treated back in 2018. The doctor told Criscilla that cancer can be treated but cannot be cured. 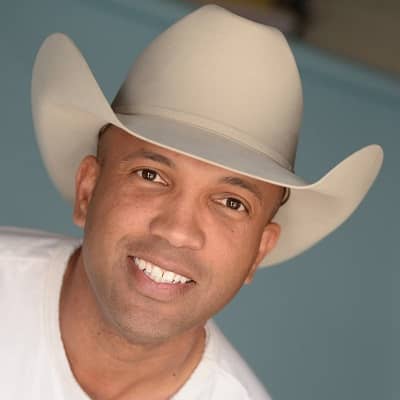 12 years married and we still are getting to know each other, understand each other, and this is the most fun anybody could have. ⁣

This Valentine’s Day is special. To have you strong, smiling, laughing, and soaking in every moment makes me so grateful! ⁣

You’ve followed me into 3 different states, helped me sell my music when I was singing on the street, have been my rock in this crazy world, and been the best mother to our 4 littles. ⁣

There’s so much Ive told you this weekend already, but let me say...”I love you. Here’s to 50 more years of marriage.

Who was Coffey Anderson?

Coffey Anderson is an American singer, musician, and songwriter.

He is best known for his self-titled album, Coffey Anderson released on 28 September 2010.

This singer was born in 1978, in Texas, the United States. His father‘s name is Stanley, and his mother‘s name is Gloria (black). He has a sister named Kimberly.

He graduated with a Bachelor’s degree in ministry from Howard Payne University. Anderson holds an ethnicity of Greek and All-American.

Earlier in 1999-2002, Coffey used to play basketball for the HPU Yellow Jackets Team in Texas. He was chosen at All-West Texas Super Team, All-State, and All-Area teams for two seasons as a basketball player.

He joined YouTube on 12 October 2006 with an account name ‘coffeysouthernman’. Anderson has garnered over 169 K followers with around 52 million views on his channel.

He posts his daily life vlogs, cover songs, concerts, songs, and official music videos on his channel. Previously, he used to work in the United States Marine Corps. He took part in the reality TV singing competition program Nashville Star and was one of the 12th finalists.

In 2008, Coffey released his debut album Southern Man which was a big hit. The same year, he released Me and You.

He released the album, Coffey Anderson on Dream Records, Universal, and Coffey Entertainment on 28 September 2010. This album charted #134 on the Billboard 200.

Afterward, this singer released Boots & Jeans in 2012, and This Is Me in 2016. The rest songs and albums are Christian faith-based songs.

Some of them are Inspiration Vol. 1, ‘Worship Unplugged, Volumes 1, 2, and 3′, Redemption, and God Is Enough. Similarly, in 2015 he released Kids Songs EP.

The average salary of this songwriter is not known. He earns an estimated amount of $4.9K – $78.4K from YouTube.

Meanwhile, according to some sources, Coffey has an estimated net worth of $1 million as of 2022.

He hasn’t been in drastic rumors and scandals. Meanwhile, this singer has managed to keep himself out of any rumor and controversy. He is doing well in his career.

What church does Coffey Anderson attend?

What kind of cancer does Criscilla Anderson have?

How much does Coffey Anderson make?

His net worth is around $2 million.
Sergio Calderon
Tags : Singer Songwriter Southern Man

How did Criscilla Anderson and Coffey Anderson celebrated their 12th Wedding Anniversary on Valentine’s Day?