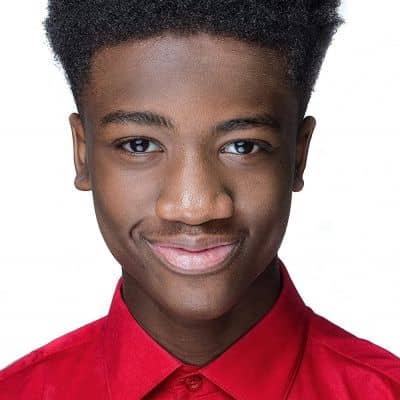 Is Cole Bullock Single Or Dating Someone?

Cole Bullock is currently single and is not dating anyone. He appears to be occupied with his acting career.

Bullock prefers to keep his personal life private, and he may announce who he’s dating once he finds the love of his life.

Who is Cole Bullock?

Cole Bullock is an American actor, who is famous for his portrayal of the role of Dante Pierre, in the 2020 series, Grand Army.

Further details on Bullock’s precise date and place of birth, parents, siblings, and educational life are yet to be disclosed in the media.

Though, as per the sources, he holds an American nationality by maintaining his Afro-American ethnicity.

In the initial, Bullock began his career in theater, in the Net Works Production of South Pacific. For young Lola, he went on his Broadway debut in the cast of Kinky Boots.

Then, he landed as Young Simba in Lion King in the Broadway Production.

Making an acting debut, he appeared in Law And Order and Shades of Blue in a minor role.

Following that in 2020, he was cast as Dante Pierre, Dom’s eldest nephew, in the Netflix series, Grand Army.

Cole Bullock is on the way to accumulating more earnings with his acting skills and hard work.

Bullock is a rising star, who has not been involved in any rumors and controversies up to date. If any news or rumors relating to him are available they will be further updated.

The handsome star stands at an average height and weight according to his age. Moreover, he has a charismatic personality. Bullock has a pair of dark brown eyes and black hair.

At the moment, his other body measurements like chest, waist, and hip size are not available.

There is also a fan-created Facebook page, which is followed by nearly, 256 people.