Cole Hauser is an actor who appeared in 2 Fast 2 Furious. Cole is married and a father of three. 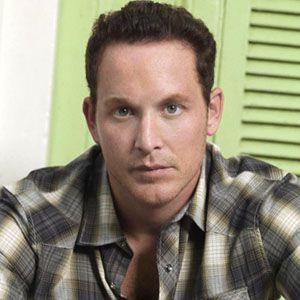 It's always fun to play someone like an action hero that you always wanted to play as a child. I think every young boy loves that as a kid

Initially, I got into the business to do drama. I never really thought I would be doing sci-fi films

When I was growing up, I never really knew my father. I didn't get to know my father until I was about 14 years old.

What is the relationship of Cole Hauser?

Cole is a married man. As of now, he is married to Cynthia Daniel on December 22, 2006. Cynthia is a photographer and a former actress. Since then, they are living together happily.

Together, they have three children: Ryland Hauser, Colt Daniel Hauser, and Steely Rose. Ryland was born in September 2004. Colt was born on July 10, 2008. And their only daughter, Steely was born in 2013.

Currently, they live happily sharing an incredible bond between them. Till now, there is no news of conflict between them.

Who is Cole Hauser?

Cole Hauser is a famous TV and film actor. He is an American national. He is the winner of the “Young Hollywood Awards” for ‘Best Performance- Male.’

Till now, he appeared in films like “The Hit List,” “Dazed and Confused,” “2 Fast 2 Furious”, and others.

Additionally, he is most famous for his role in the police drama television series, “Rogue.” Similarly, he is also known for the television show, “Chase.”

Cole Hauser was born Cole Kenneth Hauser on March 22, 1975. He was born in Santa Barbara in the state of California.

His ethnicity traces back to Austrian, Russian, and Polish from his mother’s side. Similarly, he has a mixture of German, Irish, Belgian, and French descent from his father’s side.

His parents divorced when he was two.

Consequently, he had a terrible childhood. He moved a lot during his childhood. Other than that, there is no information regarding his early life.

As per his education, he joined some high schools. But later he left high school to pursue acting.

Afterward, he acted in lots of films and TV shows. Some of his films are “Pitch Black,” “Tears of the Sun,” “2 Fast 2 Furious”, “The Hit List,” and others.

Currently, he gains a lot of amount as a salary for his performance in films and TV series. Consequently, he has made an estimated net worth of around $7 million.

Cole has been part of some controversies. Previously, in 2016, authorities arrested him for driving under the influence of some drugs.

Later, he received bail at $ 15,000. As of now, there are no other rumors or controversies related to him.

Cole is a guy with a charismatic personality. He has an average height of 6 feet 1 inch.

Similarly, his body weight is 79 kg or 174 lbs. While his eye color is blue, his hair color is black.

Also know more about the early life, career, net worth, relationships, and controversies of other TV and film actors including Wes Brown (actor), Julian Sands, Andrew Walker, and Vice Ganda.