Cole Schafer is romantically involved with a six-time Grammy winner, Kacey Musgraves. She is a popular American singer and songwriter.

At first, they didn’t reveal their relationship and only rumors sparked. However, In an Interview with New York Times on August 26, 2021, Kacey herself revealed that they first saw each other in a restaurant and fell in love.

Since then, they are enjoying their togetherness in public. They are seen posting kissing images on social media platforms. 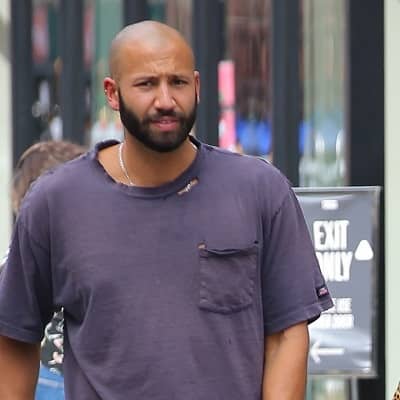 Who is Cole Schafer?

Cole Schafer is a creative writer and entrepreneur by profession. He owns the copywriting agency Honey Copy.

He gained immediate hype for his relationship with six-time Grammy winner, Kacey Musgraves, an American singer, and songwriter.

Cole Schafer was born on January 05, 1994, in the United States. Currently, he resides in Nashville, Tennessee.

He is of American nationality and his birth sign is Capricorn.

As per academics, he completed his bachelor of business administration in marketing from Bellarmine University. For his further studies in Marketing, He went to the University of Southern Indiana.

Cole has an experience as a freelancer as a Contributing Writer, Marketing Copywriter, Advertising Copywriter, Copywriter & Content Strategist, and Creative Copywriter. After accumulating those skills, he was hired by Bellhops as a content writer.

In 2016, he started a copywriting agency, Honey Copy. He also joined the Butterfly Network Incorporation as Head of Copy. Cole has shared his skills in The Hitting Vault, Ugmonk, Lockin Lockers, and Pass the Honey.

In June 202, he joined as a creative copywriter for Nautilus Company. He is known for working in popular magazines such as The Hustle, Entrepreneur Magazine, and Onnit. He has written three books namely One Minute, Please?, After Her, and Guillotine.

Schafer has earned a hefty amount of money from his business. He has an estimated net worth of over $5M.

In the past, there were rumors of him and six-time Grammy winner, KC Musgraves dating. However, now it is confirmed so it’s no longer a rumor.

Schafer is 5ft 9 inches tall and has black eyes and hair. Other body measurements such as weight, shoe size, and dress size are all unknown.

He has a huge number of followers and fans on media platforms. She has over 2.6k followers on Twitter and over 37.5k followers on Instagram. However, she is not active on Facebook.