Updated On October 12, 2022 | Published By: Brandy Stratton | In Affair , Dating , Relationship
Share this 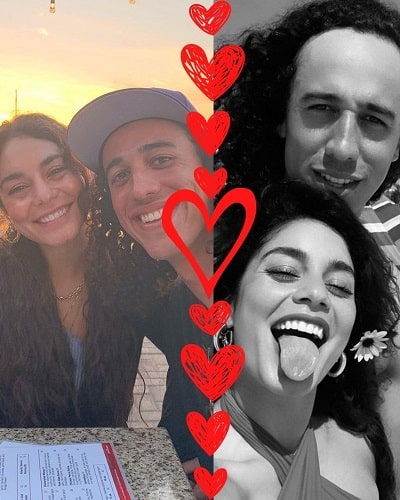 Zoom is the new Tinder for Vanessa Hudgens!

Actress Vanessa Hudgens found herself a boyfriend through Zoom. She connected to her lover Cole Tucker through Zoom like many couples during the Covid-19 pandemic. During a recent interview with Entertainment Tonight, Vanessa revealed how they met.

“Me and Cole met on a Zoom meditation group. Very random, yes. Zoom, you’ve got to love it. He’s just kind of perfect for me. I am [happy]. I really am. I think that it’s also so important to stay grateful for everything that you have in life. I’ve been making that a priority, and I feel like it’s just been making magic happen all the more.”

Cole also does not leave a chance to talk about his relationship with his girlfriend Vanessa. In late February, he revealed that she is an awesome girlfriend and loves her lots.

Also read Is Vanessa Hudgens dating Cole Tucker? Know about her relationship with Austin Butler and her net worth

“I got a girlfriend and she’s cool. She’s awesome, I love her. She’s great. She’ll be around. You will see her, but you saw the headline, it is what it is.”

Also read All about Nick Austin and Madison Beer’s relationship timeline! How much is Madison’s net worth in 2021?

American Cole Tucker is a rising superstar in the field of baseball. He is renowned as a shortstop and outfielder of the Pittsburgh Pirates.

He made his Major League Baseball debut for the Pirates. Read more bio…

Alisan Porter is pregnant with third child -1st with boyfriend Justin de Vera! Know about her married life and net worth
Tags : Actress The Princess Switch