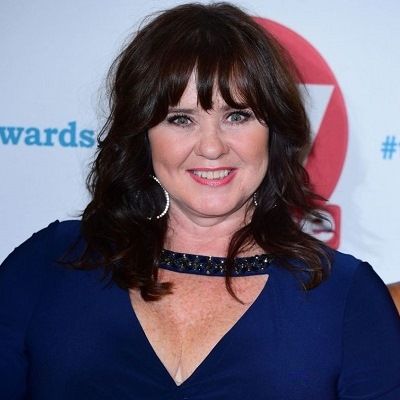 I wish Kim well. I hate to see anyone unhappy. But I want to forget we ever met again. I will never appear on a show with her again. It is better we keep to our own paths.

Coleen Nolan was going out with the keyboard player, Robin Smith, but the relationship didn’t last long and they broke up.

Nolan got married to comedian and actor Shane Richie in 1990. However, they had been dating long before they got married. In fact, she gave birth to their first son, Shane Roche Jr. in December 1988.

They welcomed their second son, Jake Roche in September 1992. They eventually decided to separate in 1997. It was revealed that his cheating habits had led to the end of their marriage. They officially got divorced in 1999.

After the end of her marriage with Richie, she found solace in musician Ray Fensome’s arms. In June 2001, she gave birth to a daughter Ciara. In 2005, they got engaged after he proposed to her on her 40th birthday. In November 2007, they got married in a romantic wedding ceremony.

But this marriage also ended in 2018. At present, Coleen is possibly single.

Who is Coleen Nolan?

Coleen Nolan is an eminent English television presenter, singer, and author. Likely, she also came to prominence as the youngest member of the Irish family girl group The Nolans, in which she sang with her sisters.

Coleen was born in Blackpool, England on  March 12, 1965. Her birth name is Coleen Patricia Nolan. Her father’s name is Tommy Nolan and her mother’s name is Maureen Nolan.

She holds British citizenship, but her ethnicity is unknown. Her birth sign is Pisces.

Talking about Coleen’s education history, there is no information about her educational achievements.

Talking about her profession, Coleen Nolan earned their television appearance on the program named It’s Cliff Richard in 1974. They performed Stuck on You with the line-up highlighting all six sisters and announced The Nolan Sisters. In the same year, they published their appearance single But I Do, with Coleen singing lead vocals.

Additionally, Coleen hits with Don’t Make Waves (1980), Gotta Pull Myself Together (1980), Who’s Gonna Rock You (1981), Attention to Me (1981), Chemistry (1981), and Don’t Love Me Too Hard (1982). Likewise,  Nolan also made her first television appearance with her sisters when she was almost nine years old, as the Nolans appeared on the It’s Cliff Richard! television series. Whereas, she also appeared alongside her sisters Anne, Bernie, and Maureen in the BBC sitcom Filthy Rich & Catflap.

In the year 2000 Nolan became a regular panelist on ITV’s Loose Women. Similarly, she has been with the series on and off for eleven years. Unfortunately, she left Loose Women on 28 July 2011, only to return again on 7 October 2013 as a regular panelist. Since July 2014 Nolan has also been an occasional anchor of the show.

Then, Nolan presented the program, The Truth About… Eternal Youth about plastic surgery on ITV in 2009, and presented The Secret Guide To Women’s Health in 2010 on Sky Real Lives. During 2000 Nolan played the part of Janelle Cooper in the short comedy film, Rattler.

Eventually, Nolan took part in the fourth series of Dancing on Ice on ITV. Similarly, she went on to co-host the spin-off show Dancing on Ice Friday with Ben Shephard in 2010.

Besides that, Nolan was announced as the eleventh celebrity to enter the Celebrity Big Brother house on Channel 5. In the year 2013 Nolan was a resident agony aunt on the ITV chat shows The Alan Titchmarsh Show, appearing on the show every Friday. During 2015 she took part in ITV’s Give a Pet a Home series which worked alongside the RSPCA in Birmingham. The show began airing in April 2015, with Amanda Holden as host.

During 2017 Nolan participated in Celebrity Big Brother again. In the house, she struck up a good friendship with Game of Thrones actor James Cosmo. Moreover, Nolan also announced that she would embark on her first solo concert tour, the Never Too Late Tour, in 2019. Originally scheduled to begin on 11 January, the tour was postponed indefinitely on 6 September 2018.

Basically, Nolan was a panelist on BBC panel game show Never Mind the Buzzcocks. Also, she appeared on An Audience with Brian Conley. Whereas, Nolan appeared in the documentary We Are Family that chronicled the success stories of various musical acts that were made up of family members. During 2002 and 2003, she was a panelist on the chat show The Wright Stuff on Five and guest-hosted the show herself in 2013.

Similarly, she was a guest panelist on an episode of Celebrity Juice on ITV2. During 2013 Nolan stood in for Matthew Wright as host of The Wright Stuff on Channel 5. Nolan has a weekly column in Best magazine. She also appeared in further commercials for Iceland during the next couple of years. She was also the new face of Park Christmas Savings and appeared in their television advertisements in December 2010.

There is no information about her salary and other incomes. But her net worth is estimated at around $6 million.

Talking about her controversy, she has gained media attention at times for controversial statements and opinions. In the year 2005, on Loose Women, she claimed that if her 16-year-old son passed his exams then she would pay for him to go on a sex trip to Amsterdam.

She had also given her fiancé Ray Fensome permission to have a one-night stand during the proposed trip.

Coleen Nolan has a height of 5 feet 6 inches and she weighs 64Kg. Her hair color is dark brown and her eyes color is green.

Furthermore, her dress size is unknown and her shoe size is 7 (US).

Also get to know more about Ruth Langsford, Ant Anstead, and Jamie Theakston.