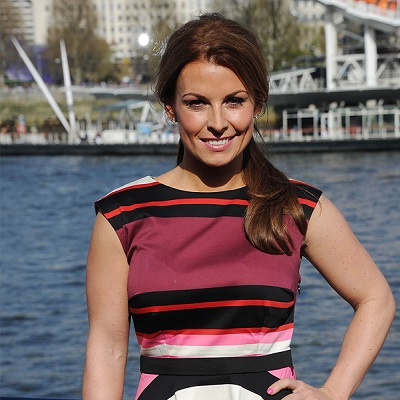 "Sometimes Wayne will sit there and say: 'I can't believe it'. But you don't take it for granted. If either of us did, we'd say something." “I would like to have a family - maybe three or four children - and I would be happy to be a full-time mum. I do enjoy my work, but I'd be happy when we do have children to just get on with that.” "When we first talked about getting married we did feel too young, but not anymore. "We want to spend the rest of our lives together and there’s no stronger commitment than getting married."

Who is Coleen Rooney?

Coleen Rooney is the wife of famous footballer Wayne Rooney. But it’s not only what she is known for, she has also been able to build her own identity as a media personality and successful businesswoman.

Born on 3 April 1986, Coleen is currently 33 years old. She was born in Liverpool, England, to Tony and Colette McLoughlin. Her father was a bricklayer and also ran a boxing club. She is eldest among four siblings; Joe, Anthony and her adopted sister Rosie who died on 5 January 2013 at the age of 14 due to Rett syndrome. She went to St. John Bosco Arts College and left school with an impressive 10 GCSEs along with working at a clothes shop every Saturday for 3.65 pounds per hour.

Media personality Coleen wrote news columns for magazines like Closer and OK!. In 2006, She worked as a presenter with Sir Trevor McDonald on his show Tonight with Trevor McDonald talking about the genetic disorder, Rett syndrome. In March 2007, She published her autobiography, Welcome to my world.

She went on making her own series called Coleen’s Real Women and selling exercise DVD. She has not only appeared on the covers of Vogue and Marie Clarie but also replaced models in major brands such as George at ASDA.

Coleen and Wayne Rooney’s net worth

Her net worth is around $19.5 million whereas her husband is estimated to be $160 million. The couple owns multi-million-properties including investments in UK, Florida, and Barbados.

Coleen was spotted crying at the airport just a few hours after Wayne was pictured disappearing with an unknown woman in the hotel lift. She sobbed as she was making a call.

Admi reported that she ordered him to immediately fly back home from his trip with his teammates at American team DC united. She sobbed as she was making a call.

Coleen was spotted wearing her £250,000 engagement ring in Cheshire. She initially had removed her ring after news of her husband cheating on her with another girl came. However, he denied the rumors via Twitter

You may also like to read about net worth, body measurements, career of  Courtney Reagan, Nicole Tuck, Stephania Bell.