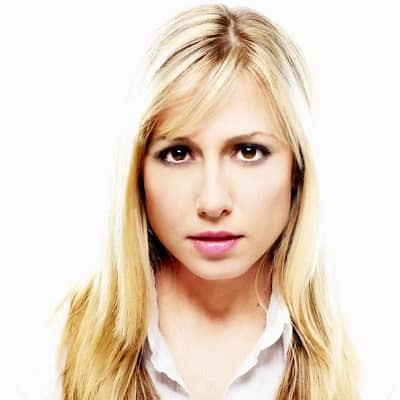 Since January 3, 2007, she has been married to Thomas Ian Nicholas. They’ve got two kids. At the time of their marriage, she was 31 and Thomas was 26 years old.

Who is Colette Marino?

Colette Marino, known as DJ Colette or simply Colette, is a house music DJ and vocalist from Chicago, Illinois.

She’s a resident DJ at the Chicago SmartBar, Illinois (along with Kaskade and others). She first got recognition when she began singing as a DJ over her mixes.

DJ Colette was born as Colette Joy Marino in Chicago, Illinois, USA, on May 27, 1975. About her parents, sibling’s details are unknown. She holds American citizenship.

She studied art and music at the Lane Tech Institution in Windy City.

In the early 1990s, she began her career as DJing.

With DJ Heather, DJ Dayhota, and Lady D, she helped to create the all-female DJ group SuperJane in 1993.

She was selected, along with Paul Van Dyk and Felix da Housecat, to promote Motorola’s mobile phones in 2003.

Her song utilized in this ad will go on to win Dancestar’s Best Song Used in Motorola Commercial.

The most downloaded house dance song on Apple’s iTunes Music Store in June 2005 was her album Hypnotized.

Her song What Will She Do for Love on this album was Billboard No. 1 Dance Club Play Hit. The title song,

Hypnotized, was approved for the film The Devil Wears Prada for the soundtrack.

She released her 3rd album, “When The Music’s Loud” in 2013. The song has the elements of Italo Disco and Electro.

The album has received positive feedback from Spin, Pitchfork, and Slant. The album, recorded in Williamsburg, Brooklyn, and Los Angeles, featured the production of producer Tim K, who helped her create the record over a three-year stretch.

The record also featured Santiago & Bushido, Nick Chacona, and DJ Teenwolf’s production. In late 2012, a studio tour announced that Colette recorded the vocals on a Peluso P-12 for the album and via a retro recording chain.

Sonically, the song made frequent use of Vocoders and Talk Boxes.

The album contained a taste of Trax Records artist Adonis on the second track “Hotwire” The release date for the album was August 27, 2013. The album was made without any live musical instruments.

Colette has performed around the world, including Detroit, Michigan, Cambridge, Singapore, Calgary, Hollywood, Montreal, and Omaha.

Her first feature film, Put the Needle on the Record (2004, as Herself). She was 29 when she stared at the movie.

She was awarded the “Best Breakthrough DJ” award.

Colette Marino is a very famous DJ and makes a pretty good living doing that, but she has not revealed her net worth to the public. But reachers from different sites he estimated net worth is $100,000 – $1M

She has not been involved in any controversy or scandals so far. She is a happily married woman and enjoying her success with her family members and also focusing on her profession.

This 45 years beautiful and gorgeous DJ’s height is 5 feet 2 inches, she has blonde hair and black eyes. Her other body measurements are not available.

You may also like to read the bio, education, net worth, rumors, siblings, social media, marital status of  DJ Laz, DJ Drama and, DJ Kane.