Coley Laffoon is a real estate agent and a former cameraman who married actress Anne Heche. 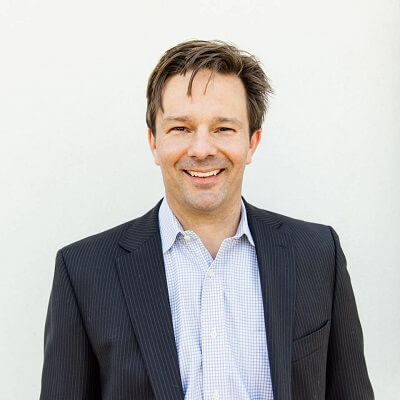 Coley Laffoon is a married man. He is married to Alexi Laffoon. Alexi is also a real estate agent and the two have a company together named The Laffoon Group.

They exchanged wedding vows on 24 May 2015. From their marriage, they have two children, daughters, Zoey and Emmy.

Previously, he was married to actress Anne Heche. The two met while Coley was working in The Ellen Show as a cameraman in 2000. The couple started dating and exchanged wedding vows on 1 September 2001.

From their marriage, they have one son named Homer. The couple got divorced on 4 March 2009. Anne paid around $3700 a month for child support after their marriage but after an agreement in 2015, they paid 50-50.

Who is Coley Laffoon?

Coley Laffoon is an American real estate agent and a former cameraman best known as the former husband of actress Anne Heche.

He was born as Coleman ‘Coley’ Laffoon in Cincinnati, Ohio, the USA on October 7, 1973.

He was born as the son of Polk Laffoon IV(father) who is the vice president of corporate relations for the newspaper, ‘Knight-Ridder’. There is no information about his mother.

Laffoon has not revealed anything about his siblings and childhood. His ethnicity is Caucasian.

Talking about his education, he attended the University of Florida and graduated from there.

On 24 November 2007, he obtained California Real Estate License (salesperson) and started working as a real estate agent. Currently, he has his own real estate company named The Laffoon Group based in Los Angels, CA. He is the Director of Residential Sales & New Development at Compass Real Estate.

His ex-wife, Anne Heche is an American actress, screenwriter, and director. She had a dual role in the popular daytime soap opera Another World (1987–91). She came to the limelight in the late 1990s with the movies, Donnie Brasco, Volcano, Six Days, Seven Nights, and Return to Paradise.

Coley Laffoon has an estimated net worth of around $1 million.

However, there is no information about his salary. An average real estate agent in America earns around $50k per year.

His ex-wife, Anne Heche has an estimated net worth of around $8 million.

Anne Hache made public remarks about her ex-husband saying he was lazy and addicted to pornography and online poker.

Laffoon also said she was mentally unstable and her mental state could affect their child. The couple even fought for furniture as Coley claimed that she took his bed, yoga room rugs, and also ripped off the buttons from some of his shirts.

There is no information about his height and weight.

You may also like to read the Age, Bio, Career, Net Worth, Body Measurements, Relationships, and more about Claudine De Niro, Melissa Mascari, Christopher Lloyd, and more.