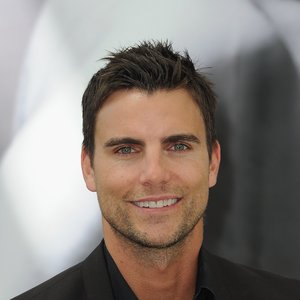 The reason I love kids so much is because they're so honest, so you know right away if they like you or they don't

A family member of mine was diagnosed with lymphoma, and the treatment they're getting wouldn't exist if it weren't for the work that Team in Training does. I want to support them

There were days when I was on the last $10 in my account, and I was freaking out about paying rent or buying groceries. Then you book a commercial, and you're good for another three months.

He was in the relationship with Malin Akerman since March 2014. But this love affair ended in 2015.

Prior to this relation, he was in a relationship with Jennifer Love Hewitt in 2012. Unfortunately, the relationship only lasted a year as they broke up in 2013.

Moreover, he was in a relationship with Stephany Jacobsen for two long years from 2009 to 2011.

Colin Egglesfield is an American movie and television actor and  model. He is popular for starring as Josh Madden in the long-running soap opera All My Children. Similarly, he did well appearing as Evan Parks on The Client List.

Colin Egglesfield was born on February 9, 1973, in Farmington Hills, Michigan. His nationality is American and ethnicity is mixed(Irish, English).

His parents were Kathleen(mother) and William Egglesfield(father), a physician. He was the second child having two siblings: an older sister, Kerry, and a younger brother, Sean.

Additionally, he had an interest in football and was coach by Dave Mattio.

Talking about his education, he attended after Illinois Wesleyan University graduating from Marian Catholic High School.

After that, he transferred to the University of Iowa, where he was in the pre-med program. Later on, he dropped his medical career to pursue his career in modeling.

After his modeling career, he turned towards acting. As a result, he guest-starred on television series such as Law & Order: Special Victims Unit, The $treet, Gilmore Girls, Charmed, and Nip/Tuck. Soon, he debuted in the film All My Children and starred as Josh Madden.

In 2009, portrayed as Auggie Kirkpatrick in series Melrose Place. However, he was fired due to changes in the direction of the show. Later on, he starred in the film adaptation of Something Borrowed opposite Kate Hudson in 2011.

Furthermore, he is the owner of his own New York City-based clothing company Shout Out Clothing!

Colin Egglesfield: Salary and Net Worth

Colin Egglesfield has auburn hair and blue eyes. His height is 6 feet and weighs 88 kg, 42 inches chest and 15 inches biceps.