Colin Hanks is a married man for a long period of time. He is married to his long-time girlfriend Samantha Bryant, a former New York publicist. The couple dated each other for several years before getting married.

The couple got engaged in June 2009. The couple got married on May 8, 2010. Their marriage ceremony was held in Los Angeles. The couple together has two beautiful daughters named Olivia Hanks and Charlotte Hanks.

The couple has been married for seven years now and their relationship is still very strong. He is living a happy life with his wife and daughters and there is no sign of divorce at all. 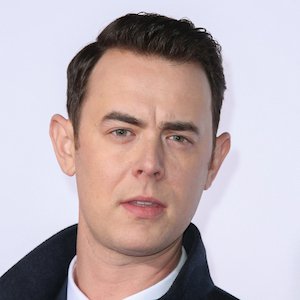 I collect watches because I'm always late, and I need to know exactly how late I'm going to be - in order to come up with a good excuse

I don't need to know how they make Coca-Cola. I think it tastes just fine not knowing what the ingredients are. I think there are some things that should be kept secret.

Who is Colin Hanks?

Colin Hanks is an American actor and documentary filmmaker.

He is the son of a great American actor and filmmaker Tom Hanks.

Colin is best known for his roles as Shaun Brumder in Orange County and Henry Jones in the HBO miniseries Band of Brothers.

Colin Hanks was born on 24 November 1977, in Sacramento, California, USA.

Hanks is an American by nationality and is of Ashkenazi Jewish and Portuguese ethnicity.

His birth name is Colin Lewes Dillingham. He is the eldest son of actor Tom Hanks and Samantha Lewes.

His father is a famous actor and his mother was a producer and actress.

His mother died of bone cancer on March 12, 2002. He has a younger sister named Elizabeth. He has two younger half-brothers named, Chester Marlon Hanks and Truman Theodore Hanks.

He attended Sacramento Country Day School and later enrolled at Chapman University. Shortly, he transferred to Loyola Marymount University but dropped out without earning a degree.

Hanks began his acting career playing a minor role in the film That Thing You Do!  in1996. His first big break came up as Alexander Charles in the science-fiction series Roswell (1999-2001).

He played the lead role in seasons 1 and 2 and completed 33 episodes. He played Paul Newby in Whatever It Takes (2000). The following year, he played Lieutenant Henry Jones in the television film Band of Brothers (2001).

He was nominated for “MTV Movie Awards-Best Male Breakthrough Performance” for his performance in Orange County. He played the lead role as Jack Bailey in the television film The Good Guys (2010).

Hanks was nominated for Critics’ Choice Television Awards, Golden Globe Awards, and Primetime Emmy Awards for his performance in Fargo in 2014. Currently, he plays the lead role of Greg Short in the television series Life in Pieces (2015-present).

Colin Hanks: Salary and Net Worth

He has been a very successful actor in his life and he has accumulated a net worth of 14 million dollars as of 2022.

He has a good height of  6 feet 1 inch with a bodyweight of 80kg. He has dark brown hair color and his eye color is green.