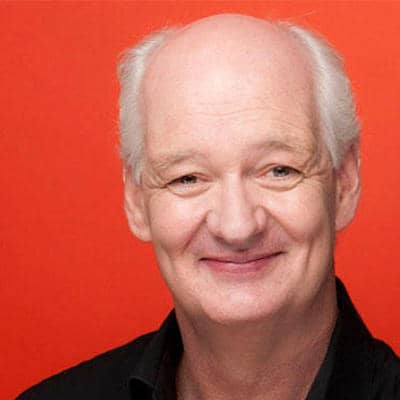 The people who influenced me most were the people who said I would never make it. They gave me a thirst for revenge

Nine out of ten Americans believe that out of ten people, one person will always disagree with the other nine

The Beatles, Rolling Stones, Barbra Streisand, Bruce Springsteen, these are just some of the people who threatened to sue if we used their songs.

Colin Mochrie is at present in a marital relationship. He exchanged vows with his wife Debra McGrath on 08 Jan 1989.

Dedra is an actress plus a comedian but their wedding details are unavailable.

Together this couple is blessed with a child. Their daughter’s name is Kinley and she came out as transgender in April 2016.

But he shut them all by saying she is his child and she is the same person in a new coat.

Who is Colin Mochrie?

Colin Mochrie is an American actor and comedian. He is also a producer plus writer and his receding hairline with hangdog expressions became his trademark.

His popularity is linked with an improvisational TV show Whose Line Is It Anyway?

He was born as Colin Andrew Mochrie on 30 Nov 1957 in Kilmarnock, United Kingdom. His late father and his mother’s names are not revealed to the public.

Colin’s ethnic background is Scottish and his dad was an airline maintenance executive.

Talking about academics, he attended Killarney Secondary School and passed out as a valedictorian.

He also enrolled at attended the Studio 58 theatre school.

Colin Mochrie’s first featured uncredited movie was Spacehunter: Adventures in the Forbidden Zone (1983). He in recent times appeared in Maybe There’s a Tree (2021) as Reggie.

Some of his other featured movies are Lucky Numbers, The Tuxedo, Let’s All Hate Toronto, Please Kill Mr. Know It All, After the Ball, and more.

Colin is mostly known for his comedy timing in a show titled Whose Line Is It Anyway? (1991-1999). He also wrote, produced, and acted in Getting Along Famously (2006).

His other notable small-screen presence are,

For his amazing acting and comic, Colin has been awarded and nominated many times.

He has earned a net worth of $1 million (estimated) at present. The average salary received by him is unknown.

He was seen doing an advertisement for Nabisco. The net worth of three popular actors are,

Regarding Colin Mochrie’s body features his height is 6 ft 1 inch and his body weight is average. In addition, he has light brown eyes plus his hair is grey.

Colin is available on social sites. He has more than 363k followers on Facebook and over 422k on Twitter.