Colleen Ballinger was in a relationship with singer and YouTube personality Joshua David Evans. The pair became famous as a YouTube couple and were featured under this title on ‘Nightline’ in 2015.

They married on July 2, 2015, in California and their wedding video was viewed over 12 million times. Eventually, they separated and in September 2016, she declared that they were heading for divorce. 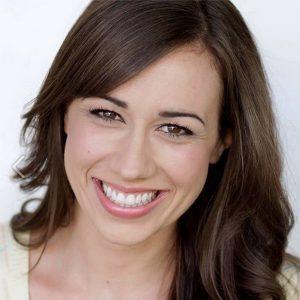 With 'Haters Back Off,' I'm creating something that I want to make, and I'm not focused on, 'Is this gonna trend, is this gonna be popular?' I'm just focused on telling the story

Nobody knows what goes on behind the scenes with a YouTuber

I love music, and playing ukulele and singing makes me really happy.

Who is Colleen Ballinger?

Colleen Ballinger is an American comedian, actress, singer, and YouTube personality. People mostly know her for her Internet character Miranda Sings and the videos of the character on YouTube.

Ballinger was born in Santa Barbara, California on November 21, 1986, to parents Gwendolyn Dawn (Trent) and Timothy Lee Ballinger. She is currently 34 years old. She has two older brothers, Christopher and Trent, and a younger sister, Rachel.

She became interested in the world of entertainment in her early life and she is of American nationality. Additionally, she belongs to a mixed ethnic background of English, German, Scottish, and Dutch.

Talking about her education, Ballinger attended San Marcos High School. Later, she graduated from  Azusa Pacific University, where she majored in vocal performance.

Ballinger performed for Disney in California from 2007 to 2009. In addition, she gave private voice, movement coaching, and piano lessons to children, and performed at parties and cabaret spaces.

She portrayed the role of ‘ High School Musical’ in 2009. In 2009, she began to make a living by performing her live one-woman comedy act in the character Miranda.

Ballinger has racked up over 1.4 billion views on the Miranda Sings channel. Furthermore, her PsychoSoprano vlogging channel has also gained more than 700 million views.

In 2016, she began starring as Miranda in the Netflix original series ‘Haters Back Off. Additionally, she is a frequent collaborator with other YouTube stars and appeared as Miranda in a video with Gabbie Hanna.

Ballinger has more than 15 credits as an actress. She has been part of television series like ‘Spooktober’, ‘Haters Back Off!’, ‘Todrick’, ‘JoJo’s Juice’, ‘Miranda Sings Selp Helf’, ‘Good Mythical Morning’, ‘Comedians in Cars Getting Coffee: Single Shot’, ‘How to Makeup’ and ‘Smosh Babies’ among others.

Ballinger has not revealed her current salary. However, she has an estimated net worth of $8 million.

News regarding Ballinger’s divorce from her husband Evans came as a surprise to her longtime fans. Furthermore, she became a part of controversy due to her then-husband’s comment regarding the marriage.

Additionally, she became part of another controversy after the Janoskians used Twitter to protest her award win for Choice Web Star: Comedy. Recently, she came to the news after Netflix canceled her show ‘Haters Back Off.

There are no other rumors concerning her life and career.

In addition, her dress size is 6 (US) and her shoe size is 8 (US). Her hair color and eye color are dark browns.

Ballinger is quite active on social media. She has a huge number of followers on social networking sites such as Facebook, Twitter as well as Instagram. She has more than 1.7M followers on Twitter.

Also get to know more about the birth facts, education, career, net worth, rumors, height, and social media of different personalities like Michael Youn, Stevie Ryan, and Jenna Marbles.