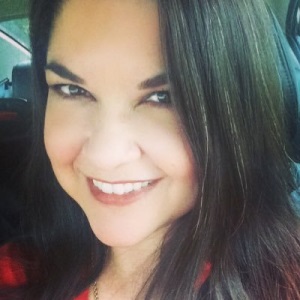 Colleen Clinkenbeard is a married woman. The talented actress has been married to voice actor Patric Éclair since November 10, 2012. The couple has welcomed a son named Rhodes in 2014. She is currently living in Flower Mound, Texas, U.S.A.with her family.

Who is Colleen Clinkenbeard?

Colleen Clinkenbeard is an American voice actress, line producer, ADR director, and scriptwriter who is best known for her work in ‘Wolf Children’(2012), ‘Fullmetal Alchemist: Brotherhood’(2009), and ‘Munemoshune no Musume tachi’(2008).

The talented actress holds American citizenship but her ethnicity is unknown.

Talking about her education, she attended Florida State University.

She began her career as a stage actress in Dallas. Later, she involved in voice-over when her fellow voice actress and roommate Laura Bailey brought her to Funimation for an audition.

She debuted her voice role from the series ‘Dragon Ball GT’ in 2004, in which she gave the voice of Colm. Her first lead role was in the series ‘Keddy Grade’ as Éclair. One of the major roles in her early career includes Rachel Moore in the detective anime show ‘Case Closed’.

Also, she worked as s voice director for ‘panty & Stocking with Garterbelt’ in 2010 but according to Monica Rial, she had trouble with the first episode because it involved excrement.

Her other notable voice roles include Erza Scarlet in ‘Fairy Tale’ since 2011, Yurika Hakonaka in ‘Yurikuma Arashi’ in 2015, Momo Yaoyorozu in ‘My Hero Academia’ since 2016, Charlotte Rosary in ‘Black Cover’ since 2017, Akito Soma in ‘Fruits Basket’ in 2019, and many more.

Colleen has not revealed information regarding her exact net worth, salary, and income. However, it is under review.

The talented actress has not been involved in any rumors and controversies in her personal and professional career.

She has an average body build with a height of 5 ft. 6 inches and she weighs 68 kg. Also, Colleen has got dark brown hair and dark brown eyes.