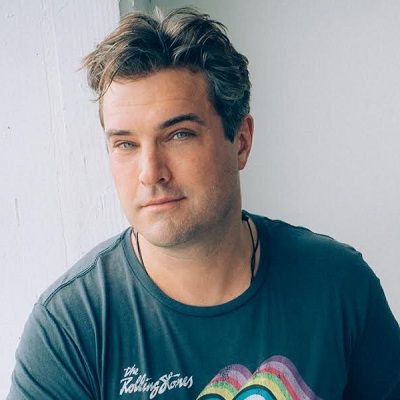 Dear Dad, I know you’re never going to tell me why you killed mommy. I know you’ll never tell me why you cheated on her so much. I don’t think our friends and family will ever forgive you completely for killing my mommy... But if you pass on soon I want you know that I forgive you I still love you dad never forget that. I really hope you face up to what you’ve done and realize that it was wrong. Much love, Collier.

Collier Landry currently in a relationship with a filmmaker, director, editor, and producer. Her name is Nicole Alexander.

Who is Collier Landry?

Collier Landry is an American cinematographer and filmmaker. He is also a keynote speaker.

Collier has created a hit documentary named A Murder in Mansfield.

He was born as Collier Landry Boyle on Feb 28, 1978, in Mansfield, Ohio, USA. His mother’s and father’s names are Noreen Boyle and Dr. John Boyle respectively.

Mrs. Noreen is a home-maker who filed a divorce in 1989 and Mr. John is an osteopath doctor.

He has an adopted sister named Elizabeth. He belongs to the ethnicity of Caucasians.

On Dec 31, 1989, at around 3 am morning, his mother Noreen woke his father John up and started enquiring about the last night. John had come late and was sleeping on the couch. Noreen started to ask him about his girlfriend (Sherri), their baby, and money.

As John said, his wife had a knife in her hand and he pushed her. Then, she hit her head with a wooden table and died. John then buried the body beneath the basement and built a shelve over the dead body.

Then, on Jan 25, 1990, police found the body which was covered in a tarp with a plastic bag on the head. For this his dad, John was arrested with the charge of murder and abuse of a body.

For murder, John was sentenced for 20 years of jail and for abuse of dead body, he sentenced fro 18 months of prison.

Regarding his academics information, he joined the Ohio University School of Music and Oberlin Conservatory and completed his studies in Vocal performance.

Collier Landry is a popular face of the entertainment industry. He is a talented cinematographer, filmmaker, and speaker. In addition, he is also a trained musician and photographer.

Collier has teamed up with several brands like A&E, ABC, Disney, Fox, Discovery Snapchat & Ford. His work in a documentary in 2018, A Murder in Mansfield is very much appreciated and applauded.

This project was about the collateral damage of violence and the strength of humans to tackle such traumatic situations. It is directed by famous director Barbara Kopple.

Since Oct 2013, he is working as a director, cinematographer, and editor in LA, USA.

Collier’s is doing great in both professional and personal. But he was only 11 years old when his father killed his mother.

His project A Murder in Mansfield was based on his mother’s murder incident.

This singer and actor have an estimated net worth of $1 million.

He is the owner of a commercial production company. Its name is Don’t Touch My Radio, LLC which is in Silverlake neighborhood, LA.

Regarding Collier Landry’s body features, he has blue eyes and brown hair. His height is 6 feet 1 inch and weight is 85 kg.

He is also active on Facebook and has more than 6.7k followers pus he also has a website.