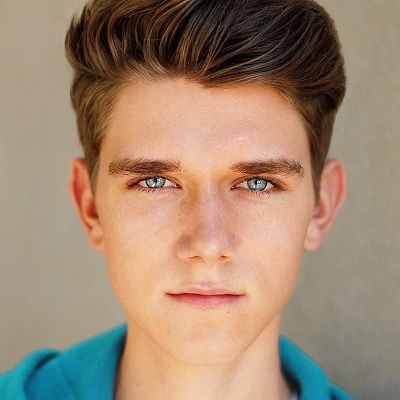 Collins Key is currently possibly single. He has not disclosed about his girlfriend and relationship. He is lowkey regarding his romantic life.

Who is Collins Key?

Collins Key is an American actor, host, magician, and entertainer. He is best known as the finalist of the 8th season of America’s Got Talent.

This actor was born on May 9, 1996, in Arizona, the United States with birth name Collins Joseph Key. His father’s name is Steven and his mother’s name is Anne.

Key has a younger brother named Devan with whom he collaborates on his YouTube channel.

He is of Caucasian descent. There is no information about his educational qualification as he likes to keep his personal life far from the camera.

At the age of Four, Collins Key participated in a Shakespearean play. He wanted to be an entertainer after the experience of the play. He discovered at the age of 12 that he could do magic. Key picked up a few tricks and mastered them. This magician’s parents heard about his talent and encouraged him.

The producers of America’s Got Talent invited him on their 8th season. Key was the first magician to ever become a finalist and was the fan-favorite. He got referred to as ‘Magic’s First Pop Star‘. This entertainer toured with America’s Got Talent across the country in 2013. Collins joined ‘Demi Lovato‘ on her Neon Lights tour in 2014. He used to perform 55 minutes on stage each night. He used to perform magic as well as host the event.

In addition, Key was asked to present at the 2014 Teen Choice Awards. He had participated in the magic castle junior program. He made his debut in the 2015 comedy movie, Janoskians-Untold and Untrue.

Later, he focused on growing his YouTube channel. He also created and produced the meta mystery series ‘The Disappearing Girl‘. This show won a Shortly Award, an Adweek Arc Award, a Streamy Award, and a Cannes Lions Award. In 2017, he became the first digital creator to create and produce six weeks of interstitial content for the Disney Channel TV network.

The same year, Key gave a TEDx talk at the University of Santa Barbara. This host was highly publicized in the YouTube FanFest concert in Mumbai, India in 2018. The same year, he launched a merchandise line on his website. This line was sold out in two hours. Key and Devan are working as executive producers on a scripted TV show at Nickelodeon.

Collins has an estimated net worth of $13 million. From his YouTube, his estimated yearly earning is around $313.4K – $5M.

There was a rumor that Collins never do real tricks. He never involved the judges and never ask for random audience members. He was rumored of performing fake tricks.

Heathrow airport all set to open a new covid test center which will provide rapid results and thus avoid quarantines for inbound passengers!