As it is already known that Colman Domingo is gay. He is in a happily married relationship with his husband Raul Aktanov.

The couples hit off each other for the first time in Berkeley, California when Colman was shopping for a Queen Helene Mud Mask. It is also known that the couples got into love at first sight. Later on, they start dating after the director search Raul for an exclusive app called Craiglist.

In 2014, the couples tied the knot organizing a small ceremony with around 25 guests. 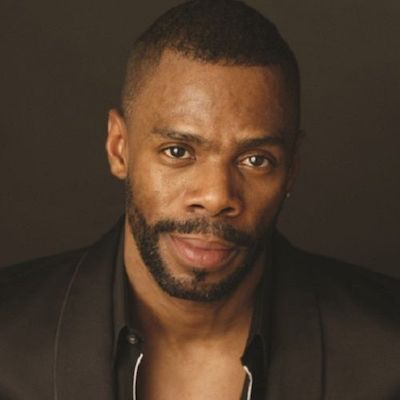 Who is Colman Domingo ?

Colman Domingo is a famous American director, playwright, and actor.

His performance as Mr. Bones in the Broadway musical The Scottsboro Boys (2011), earned him a Tony Award for Best Featured Actor in a Musical nomination.

An award-winning American director, Colman Domingo was born in Philadelphia, Pennsylvania, United States. on November 28, 1969. He holds American nationality and belongs to the African/Guatemalan-American ethnicity. His zodiac birth sign is Sagittarius as per astrologers. Currently, he is 52 years old.

Edith Hawkins Bowles and Clarence Domingo were his parents. Colman Domingo’s father Clarence Domingo is originally from Belize so, Colman also belongs to a Guatemalan family. He has one brother named Philip Bowles. The data about his parents and siblings are not so detailly found yet.

Though, talking about his educational background, he attended Overbrook High School in Philadelphia. Later, he graduated from Temple University with Bachelor’s degree in Journalism. However, he proceeded to San Francisco, California where he pursued his career in theatre productions.

Colman Domingo did his debut Film with Eric Mabius and Tara Reid in the movie Around The Fire As Trace. Domingo was cast as Mr.Franklin Jones, Mr.Venus, and Joop, in the critically acclaimed rock musical Passing Strange which was successful and was released at The Public Theater, and opened on Broadway on February 28, 2008. In Spring 2008, Colman Domingo earned an Obie Award as a member of the Passing Strange Off-Broadway.

In January 2009, Colmans’ reappeared film version of Passing Strange which was directed by Spike Lee was premiered at the Sundance Film Festival. He received a Lucille Lortel Award for A Boy and His Soul was launched Off-Broadway at the Vineyard Theatre. He was nominated for a Drama Desk Award and a Drama League Award.

In Chicago, the longest-running revitalization on Broadway, and in the final Domingo was cast as Billy Flynn by combining with Kander and Ebb of The Scottsboro Boys. Susan Stroman was its director on Broadway in Fall 2010. His performance as Mr.Bones in the Broadway musical The Scottsboro Boys (2011), earned him a Tony Award for Best Featured Actor in a Musical nomination.

In 2011, he earned Fred Astair Award in the category of the best principal dancer on broadway. He appeared on AMC’s post-apocalyptic, zombie series Fear the Walking Dead playing role of Victor Strand. He was offered for the Season 2 of the series too after the success of its first season.

As a part of the Actor’s branch, he entered the Academy of Motion Picture Arts and Sciences. He appeared as a director of episode 12 of season 4 of Fear The Walking Dead in the Director’s Guild of America.

He became the foremost actor in The Walking Dead universe to lead an episode. Domingo signed a contract with AMC Networks in 2020. He was an instructor at the University of Texas at Austin, the University of Wisconsin at Madison, and the O’Neil National Theater Institute.

Similarly, he has written plays like Up Jumped Springtime, A Boy and His Soul, Wild With Happy, Dot, and so on. He launched Summer; The Donna Summer Musical in November 2017 at La Jolla Playhouse.

In 2021, he earned Hollywood Critics Association Award for limited series and Imagen awards for best-supporting actor.

As per sources, the net worth of Colman Domingo is estimated to be around 2.5 million USD. He even appeared on the cover of WSJ magazine, Style magazine, Today, Metroweekly, and so on.

Colman Domingo is not involved in any rumors and controversies to date. He hasn’t disclosed more about his personal life.

Colman Domingo has officially announced that he is gay. He is 6 feet 2 inches tall and weighs around 73 kg. He has a slim body with 32 inches waist, 40 inches chest, and a bicep. His hair and eyes are black.

Colman Domingo is available on various social media platforms, with a huge following. He is on Instagram with a verified account under the name @kingofbingo with more than 357K followers. Similarly, Domingo is present on Twitter under the username @colmandomingo having around 81.4K followers. He also has an official page on Facebook which is followed by about 7.9K followers.

Who is Colman Domingo’s husband Raul Aktanov? Look at their ‘Love At First Sight’ courtship