Colt McCoy is an American football quarterback, NFL who has won BCS national and many other awards. Colt is married to his wife since 2010. He is a family man and loves his wife and daughters. 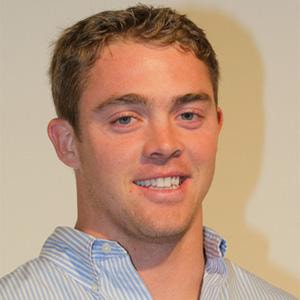 You always finish what you start. You never do something halfway, and you never quit until you've finished. Dad later told me he thought the steer riding competition would teach me a valuable lesson about not backing out of something after I had made a commitment, even though we both knew that would have been the easier path.

What is the relationship of Colt McCoy?

Colt McCoy is a married man. He became engaged to his girlfriend, Rachel Glandorf on January 12, 2010. Rachel is a former middle-distance track and field athlete for Baylor University.

She met Colt when she was an intern at KEYE TV in Austin in the summer of 2008 and Colt was the Longhorn’s starting quarterback.

The pair’s wedding ceremony took place on July 17, 2010, and was a lively celebration that included a singing performance by country singer Aaron Watson and former Longhorns wide receiver Jordan Shipley.

Who is Colt McCoy?

Colt McCoy is an American football quarterback for the Washington Redskins of the National Football League (NFL).

Previously, he played college football at the University of Texas. Additionally, he has also been a member of the San Francisco 49ers.

Colt was born in Hobbs, New Mexico, the United States on September 5, 1986, as the eldest of three children born to Steven Brad McCoy, father, and Debra Kay, mother.

Football was a big part of his childhood as he was coached in football by his father, Brad McCoy. He is of American nationality.

He is of Irish ancestry. His father was a big influence on him playing football throughout his early life.

Furthermore, he attended the University of Texas at Austin, where he played for coach Mack Brown’s Texas Longhorns football team from 2005 to 2009.

Additionally, he also served as Jim Ned High School’s punter as a junior and senior. He was a four-year starter for the Longhorns from 2006-to 2009. Additionally, he won or shared the team’s MVP all four years, the only player in school history to do so.

In 2005, he was given a redshirt year so he did not play during the team’s 2005 national championship season. He was also listed as the number three quarterback behind Vince Young and Matt Nordgren.

Later, in 2006, he became the 2006 starting quarterback for the University of Texas. Colt threw a Texas record six touchdown passes in the win against Baylor on October 14, 2006.

Colt was the finest player in all seasons of the game throughout his college career. He started his professional career in 2008.

He played for the Cleveland Browns for 2 years. In the year 2013, he was associated with the San Francisco 49ers.

Additionally, he was mentioned as a Heisman Trophy candidate in his freshman year in 2006 and 2009.

Colt became part of a controversy after then-GOP vice presidential nominee Paul Ryan made a mistake recognizing him for Weeden during a stop in Berea.

Furthermore, his concussion incident also stirred some controversies for a short period. Currently, there are no rumors concerning him and his career.

Talking about his body measurement, Colt has a height of 1.85 m. Additionally, he weighs 99.8 kg.

Colt is fairly active on social media. He has a huge number of followers on social networking sites such as Facebook, Twitter as well as Instagram.

Former MLB Star, Don Baylor dead at 68 due to Cancer. After a long battle with cancer, Baylor lost his life at the age of 68