Colton Haynes is a model and an actor. 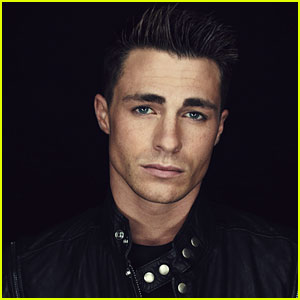 Anyone can go online and write anything they want about people they don't even know, and most of the time, that is fueled by hate. The sad part is that people actually believe what they read online

I think the fans from the original 'Teen Wolf' tuned in expecting us to ruin the franchise, and I think that we've only heightened it. So we've brought 'Teen Wolf' back.

Colton Haynes is a gay. He opened up that he is gay in early 2016 with Leatham.

Previously, he was married to his longtime boyfriend, Jeff Leatham. Jeff is an artistic director at Four Seasons. They tied the knot on 27 October 2017. They got married at a Palm Springs hotel and 120 guests were present. Thier wedding was officiated by their very good friend Kris Jenner. They got engaged on March 11, 2017.

But recently the news is that in May 2018, the couple separated. The reason for their break up was rumored to be Jeff cheating on him. But he posted on his social media, that Jeff did not cheat and requested everybody not to accuse him of cheating. However, in August 2019, they reached a divorce settlement.

Before this, he has been into multiple relationships. He dated Electra Avellan from 2007 to 2008. After that, he was a short-term affair with Holland Roden in between 2011 and 2012. Afterward, in 2013 he was in a relationship with Emily Bett Rickards. But none of those relationships worked out.

Interesting fact about him is that he lost his virginity when he was 13.

Who is Colton Haynes?

Colton Haynes is a model and an actor. He has starred in several TV series and feature films.

Presently, he is a prominent figure in the media for appearing in MTV’s supernatural drama series Teen Wolf. He played the character of ‘Jackson Whittemore’ in the series. Additionally, he is famous for playing the role of ‘Roy Harper/Arsenal’ in the superhero television series Arrow.

Colton was born in the city of Andale in the state of Kansas on July 13, 1988. He is 33 years old. His birth name is Colton Lee Haynes.  He possesses American nationality and mixed (English and Scots-Irish)ethnicity.

His birth name is Colton Lee Haynes. He was born to his parents, Dana Denise(mother) and William Clayton Haynes(father). He grew up on a farm in Andale. He has a sister, Willow Haynes, and two brothers: Clinton Haynes and Joshua Haynes. Additionally, he moved to many places like Arkansas, New Mexico, Texas, and Florida in his childhood. He started his modeling career when he was 15 years of age.

Colton began his modeling career at the early age of 15. He modeled for a photo shoot for “Abercrombie & Fitch”. Afterward, he modeled for several other campaigns, advertisements, and events. As per his acting career, he made his debut in a minor role in the film “Transformers” in 2007.

The same year he also starred in an episode of the TV series, “CSI: Miami”. He went on doing small roles. Finally, in 2010, he joined the cast of 2 TV series as the main role. He played Brett Crezski in “The Gates” and Shane in “Look: The Series”.

But he rose to fame after he starred in a TV series, Teen Wolf”. Similarly, he is also popular for playing Roy Harper/Arsenal in the superhero television series “Arrow”. He appeared in the series from 2013 to 2016.

Additionally, he starred in films like “San Andreas”, and “Charlie Brown: Blockhead’s Revenge”. Furthermore, his other TV projects include “Melrose Place”, “The Grinder”, “Scream Queens”, and others.

Colton Haynes: Salary and Net Worth

Presently, he earns a huge salary and has a net worth of around $4 million.

Colton has been part of many relationship rumors.  In 2013, rumors suggested that he was dating Willa Holland. Similarly, in 2012 and 2009, sources spread the rumors that he had an affair with AJ Michalka and Zachary Quinto respectively.

Moving towards his body measurements, he has a good height of 5 feet 9 inches(1.79m) with a bodyweight of 72kg. He has light brown hair color and his eye color is blue. His chest, biceps, and waist size are 43-15-29 inches.

Gay Colton Haynes lost his virginity at the age of 13, his current boyfriend and how he overcomes anxiety: Know all that here!