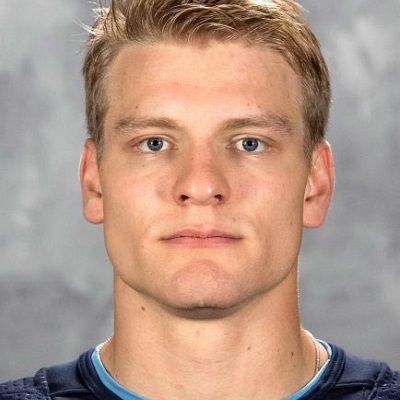 Who is Colton Parayko?

Colton Parayko is currently playing for the St. Louis Blues of the National Hockey League(NHL). Similarly, he was selected by the Blues in the third round 86th overall of the 2012 NHL Entry Draft.

Likewise, he won the Stanley Cup in the year 2019 with the Blues.

He was born on 12th May 1993 in St. Albert, Alberta, Canada. He is the son of Tom Parayko(father) and Karen Parayko(mother). Similarly, he has three siblings Kendra, Bryce, and Kennedy. He grew up along with them.

Besides, he holds Canadian nationality but his ethnicity is unknown.

Talking about his education, he attended the University of Alaska and completed his bachelor’s degree in business administration.

He ended his collegiate career in signing a two-year, entry-level contract with the St. Louis Blues. Similarly, he was assigned to St Louis’ American Hockey League affiliate, the Chicago Wolves, to finish the 2014–15 season on March 10, 2015. After that, he appeared in 79 games for the Blues the following season, recording 33 points.

On January 8, 2017, at the Blues’ team skills competition, he recorded the hardest shot of the day at 104 miles per hour, besting the record at the league-wide skills competition that year. On July 21, 2017, the Blues re-signed him to a five-year, $27.5 million contracts worth $5.5 million annually.

Similarly, Colton Parayko won the 2019 Stanley Cup Finals with the Blues, St Louis’ first Stanley Cup in their 52-year franchise history. He was picked as part of Team North America, a selection of the top American and Canadian players aged 23 and under, at the 2016 World Cup of Hockey in Toronto. Likewise, he played in three games for Team North America, recording three assists.

After the Blues were eliminated in the second round of the 2017 Stanley Cup playoffs, he joined Canada at the 2017 World Championship, where he registered seven points. He was named an All-Star.

Likewise, on International, he won the WC All-Star Team Award.

Talking about Colton Parayko’s body measurements, he has a height of 6 feet 6 inches and he weighs around 100 kg. His hair color is blonde and he has blue color eyes.