Com Back Interview! Five Things to Know from the Interview of Amanda Bynes; Biggest Revelations From Bynes’ Comeback Interview 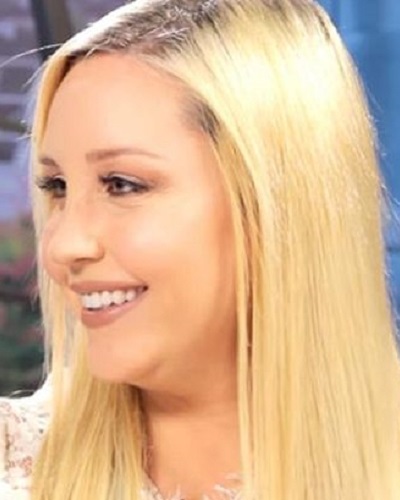 People tweet all the events about their life in their social media. Social media is the most important part of the people ‘s life. Amanda Laura Bynes is an American former actress. After appearing in commercials and in plays. Bynes rose to fame as a child star in the late 1990s and early 2000s on the Nickelodeon series All That and The Amanda Show. Amanda Bynes makes the come back after the four years through the interview. After the four years of struggle with several arrests, drug use, and eccentric behavior.

Amanda kept herself far from the spotlight after her behavior became frequently inconsistent and she was arrested multiple times. After four years, made her come back through the interview with Hollyscoop’s Diana Madison. Some astonished fans by chatting frankly about her past. Here are the five biggest revelations from Amanda Bynes.

“I want @drake to murder my vagina,”

The tweet went viral at the time, as she then didn’t explain about the tweet. And now at the time of her comeback, she explained the tweet saying:

“I actually wasn’t being insincere. I was, like, saying murder my vagina. I was serious, but I was also on drugs, so that was my way of saying like, ‘Let’s do it man.’ But I was on drugs and trying to be hilarious. He’s hot! What does that even mean? It just means, like, ‘F–k me, Drake!’”

Nick Cannon was the co-star Bynes on All That from 1998 to 1999. Cannon wrote a moving letter  in 2013 and called her “family.”The actress also revealed that she was touched by his note. Moreover, she said:

“We never talked actually. I know that he called me family, and I love that. He’s definitely a family member to me too.”

In the new interview, Bynes stated that she was urged to try out blue hair and facial piercings after seeing them on the 29-year-old model Blac Chyna. Moreover, she admitted:

“I stole her look! I was getting the micro dermals in my cheeks because she had them. I thought they looked super hot on her. … I’m a fan of hers. She’s adorable. She’s a cutie pie.”

Amanda Bynes was far from the limelight for almost four years. As she was far, people wondered what was she actually doing throughout her break time. In the interview, she revealed that how does she spend her free time these days. She said:

“I hike, go spinning — I take spinning classes — and I feed the homeless and that’s been really interesting and fun,”

ComeBack! Well, this is the good news for all the fans of Amanda out there. She is planning for her comeback. The former child actor Amanda announced her retirement in 2010, saying that she’s not acting again. Yet, now she announced that she’s desiring to act again. Moreover, she said:

“I do miss acting, and I actually have something surprising to tell you: I’m going to start acting again,” she said. “I want to do TV, maybe a few guest spots on a show that I’m a fan of and maybe another TV show where I’m the star of in the future.”

Meanwhile, Bynes had moved from Los Angeles to New York, and in May 2013. At the extent of the tweet storm, she was arrested for thoughtless endangerment, tampering with ammunition and drug possession after allegedly tossing a bong out of a Manhattan apartment window. Later on, tweeted she’d smoked cigarettes but never owned a bong in her life. Now, she is all set to make her comeback in the acting.

We wish all the best for Amanda Bynes.

A short bio on Amanda Bynes

Amanda Bynes is an American actress, fashion designer, and comedian. People mostly recognize her from the Nickelodeon series ‘All That’ and ‘The Amanda Show’. Additionally, she has also starred in movies including ‘What a Girl Wants’, ‘She’s the Man’, and ‘Sydney White’ among others. More Bio…