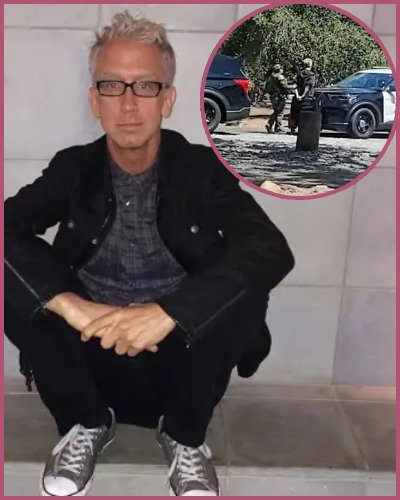 Actor and Comedian, Andy Dick was arrested on May 11 for felony sexual battery.

The suspect, a 56-year-old actor, was handcuffed on Wednesday morning and taken into Orange County Jail, according to the Orange County Sheriff’s Department.

Authorities were called to O’Neill Regional Park in Trabuco Canyon at approximately 9 a.m. on Wednesday after an adult guy reported he was sexually assaulted at a campsite in Orange Country, California, according to the Department. Similarly, his bond was set at $25,000.

Captain Content’s RV YouTube channel broadcasted the arrest live. Now, the complaint was transferred to a nearby hospital to be examined. During his arrest, the actor sported a gray hoodie and black joggers.

The actor has been arrested multiple times over the last decade and this is not the first time he has been involved in a legal battle.

When did he involve in a legal battle last time?

According to TMZ, Las Vegas police did a welfare check at the comedian’s house last month when a man he was with pulled a pistol during an argument that was broadcast live on a live stream.

When the police came, Dick assured them he was alright and told them he wanted to stay. However, fans of his were concerned and worried the actor’s life was in danger. Similarly, he was arrested for felony domestic battery last year.

Also read “Is it a PillowTalk or PillowFight? Mike Lindell claims on Capitol riots! How much is his net worth in 2021?”

Also read “Brooklyn Decker Revealed How She Got Back To The Shape After Giving Birth To The Baby!”