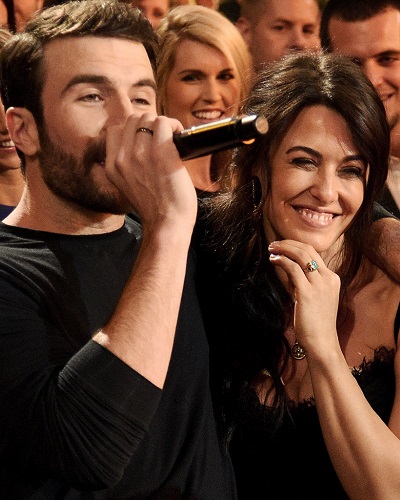 The Sunday night was crowded with all the big celebs all around. The big red carpet for the ACM award was full of Big-screen celebrities, TV personalities, and much more.

The night was full of glamor and beauties going all the way. ACM Award function was held in Las Vegas on Sunday, April 2  for the 2017 Academy of Country Music Awards. The ceremony included the celebs like Carrie Underwood, Tim McGraw, and others too.

The function was hosted by Luke Bryan and Dierks Bentley for the second year in a row. The biggest stars in country music headed to the T-Mobile Arena.

There were more than two dozen acts performed by the biggest celebrities including Carrie Underwood, Jason Aldean, Tim McGraw, and Faith Hill.

The complete list of winners of ACM’s Award including nominees

There were many celebs present at the ceremony. Some of them presented the act to make the night more entertaining. The acts brought different colors to the function.

Among them, some were successful in getting the award. Today we have brought you the list of nominees and winners of the ACM Award with the category.

1. Entertainer of the Year

There were 5 nominees for the title “Entertainer of the year”. Jason Aldean, Luke Bryan, Florida Georgia Line, Carrie Underwood, and Keith Urban. Among all the nominees, Jason Aldean became successful in winning the title.

2. Female Vocalist of the Year

3. Male Vocalist of the Year

Another title for the night was “Male Vocalist of the Year”. The nominees for the title were Jason Aldean, Dierks Bentley, Thomas Rhett, Chris Stapleton, and Keith Urban. Moving into the name of the winner, Thomas Rhett is the winner of the title.

4. Vocal Duo of the Year

The name of the nominees for the title Vocal Duo of the Year was Big & Ri, Brothers Osborne, Dan + Shay, Florida Georgia Line, and Maddie & Tae. Among all the duos, Brothers Osborne took the Award home.

5. Vocal Group of the Year

The List nominees for “Vocal Group of the year” are Eli Young Band, Little Big Town, Old Dominion, Rascal Flatts, and Lady Antebellum. Among all the bands, Little Big Town is the winner of the title.

6. New Male Vocalist of the Year

Another title for the night was “New Male Vocalist of the Year”. The title is to appreciate the work of the new member in the field. The nominees for the title were Kane Brown, Chris Janson, Chris Lane, Jon Pardi, and Brett Young. Jon Pardi took the title’s Award home.

7. New Female Vocalist of the Year

8. New Vocal Duo or Group of the Year

9. Songwriter of the Year

Moving to the next Award Title “Songwriter of the Year”. The nominee for the title was Ashley Gorley, Luke Laird, Hillary Lindsey, Shane McAnally, and Lori McKenna. Among them, the winner is Lori McKenna.

11. Single Record of the Year

Another title for the night was “Song of the Year” and the nominee’s songs were “Blue Ain’t Your Color,” by Keith Urban, “Die a Happy Man,” by Thomas Rhett, “Humble and Kind,” by Tim McGraw, “Kill a Word,” by Eric Church featuring Rhiannon Giddens, “Tennessee Whiskey,” by Chris Stapleton, and “Vice,” by Miranda Lambert. And the winner is “Die a Happy Man,” by Thomas Rhett.

The second last title for the night was “Video of the Year” and the videos that came on the list of nominees were “Fire Away,” by Chris Stapleton, “Forever Country,” by Artists of Then, Now & Forever, “Humble and Kind,” of Tim McGraw, “Peter Pan,” of  Kelsea Ballerini, and “Vice,” Miranda Lambert. The winner video for the title is  “Forever Country,” Artists of Then, Now & Forever.

14. Vocal Event of the Year

Award functions are the platform where the talents and hard work of the people are justified with an Award. The glamor and fashionista side of every celebrity can be noticed in such shows. The people with the most glamorous look, couples who have a perfect bond, etc are more noticed in the functions. Read the full story here…

Jodie Sweetin splits the relation with her Ex-Fiance Justin Hodak…Know the sad truth of their relation and their children
Tags : ACM Award Singer Songwriter Vocalist