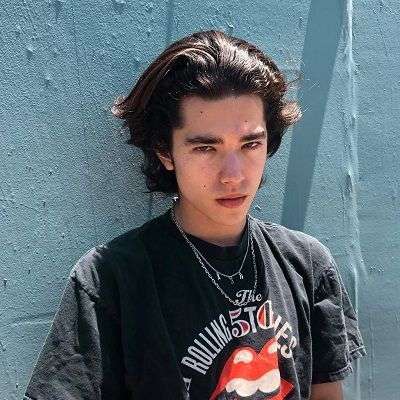 Conan Gray is possibly single. On 3rd December 2019, he posted a picture of him and Matty Healy on Instagram.

His followers were confused about whether he is a bisexual and is dating Matty. But he hasn’t disclosed anything about it.

Who is Conan Gray?

Conan Gray is an American singer-songwriter known for his debut EP Sunset Season released in November 2018. He is a social media personality as well.

On 20th March 2020, he is set to release his debut studio album Kid Krow through Republic Records.

He was born on 5th December 1998 in Lemon Grove, California. He was born to an Irish father and Japanese mother. But he has not disclosed their names.

He has a sister who has appeared with him on his YouTube channel’s video.

His parents divorced when he was three tears old. His father was in the military so they moved twelve times throughout his childhood. When he was in grade six, he moved three times. He was bullied throughout his school.

During his preteen, he settled in Georgetown, Texas. He stayed there for the rest of his teen years. Similarly, he has a sister.

Gray was accepted at the University of California, Los Angeles. He is a film study major at UCLA.

Conan Gray released his debut single Idle Town in March 2017, It gained more than 14 million streams on Spotify. He released another single Generation Why in October 2018 on Republic Records.

His other singles are Grow, Crush Culture, The Other Side, The King, Checkmate, Comfort Crowd, Maniac, and The Story.

On 16th November 2018, he released another EP Sunset Season. On 20th March 2020, he will release his first studio album Kid Krow.

This singer has around 1.8 million subscribers on his YouTube channel. He started his official channel in the year 2013 on 14th January. He began creating videos at the age of nine.

Conan is a private person. He has not been part of any rumor and controversy in his personal and private life.

Conan Gray has brown hair and eyes. He is 5 feet 9 inches tall and weighs around 68 kg.