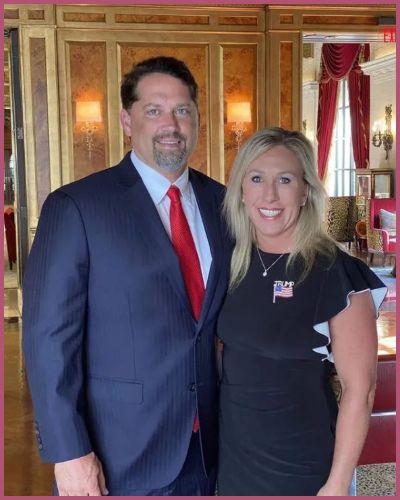 Perry Greene is an American accountant and a businessman renowned as the Congresswoman MTG’s husband.

Perry started his career as an accountant at Ernst and Young and later become a general manager at Taylor Construction in 1997.

Currently, Perry Greene is in limelight for purchasing stocks in bulk. He has purchased stock worth $295,000 in companies that support BLM and LGBTQ rights.

In addition, Perry and his wife Majorie Taylor Greene together had staked in a Construction company. It operates in Alpharetta, Georgia since 2002.

Their relationship has never been that smooth. Rumors were swinging that the former 6th Congressional district representative has cheated on her husband with numerous extramarital affairs a decade back.

The QAnon and conspiracy theory enthusiast cheated on her husband with a polyamorous tantric sex guru and the manager at her gym.

Things reconcile between them while Majorie wisher her long-time husband a happy 25th wedding anniversary saying,

“Perry and I have had some great adventures, but the best thing we’ve done has been being blessed with our 3 children. Perry, thank you for being my best friend and biggest supporter always! I love you!!”

Also, Read Meet Mayra Flores Who is The First Congresswoman-Elect Born in Mexico

Moreover, the 14th Congressional District Republic representative has led a happy 27th married year with her husband and kids.

Twitter suspended MTG in early 2022 for repeated violations of the COVID-19 misinformation policy. Eventually, she passed a statement saying, 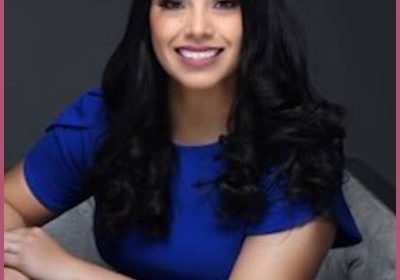